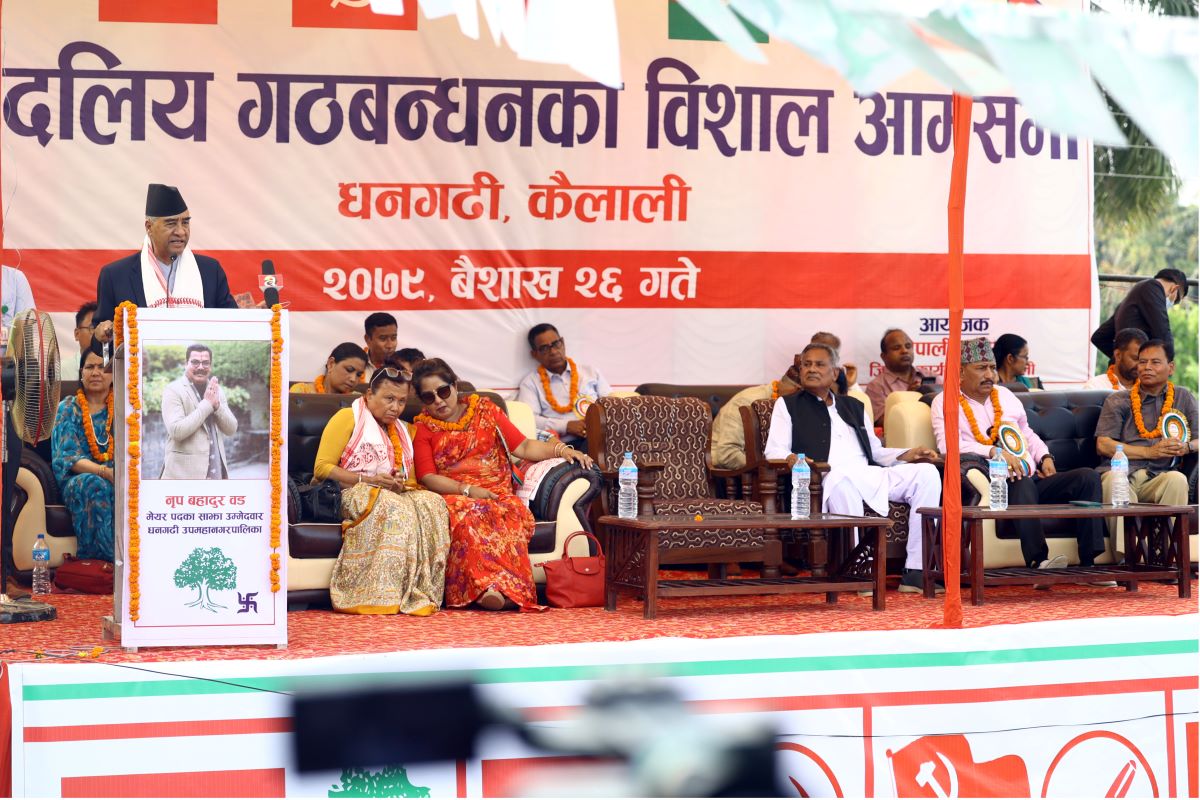 Dhangadhi, May 9 (RSS): Nepali Congress President and Prime Minister Sher Bahadur Deuba has said that the NC would take action against rebel candidates if the party suffers defeat in the election.

Addressing the election rally organised at Dhangadhi on Monday, he urged the rebel candidates of the party to withdraw their candidacies and help make the official candidates victorious.

On a different note, the NC President argued that as the constitution has not given authority to the Prime Minister to dissolve the parliament without a valid reason,  he along with CPN (Maoist Centre) chairperson, Pushpa Kamal Dahal Prachanda, the then leader of the CPN (UML) and now the Chairman of CPN (Unified Socialist), Madhav Kumar Nepal, and leaders of the ruling parties, protested against the act of then Prime Minister KP Sharma Oli.

"The CPN (UML) has not allowed the parliament to function even after it was reinstated. It will again dissolve the house if it wins the election. So the five-party alliance should win all upcoming  elections."

Saying Sudurpaschim Province is very important to him, President Deuba expressed commitment to do his best for the development of the province. 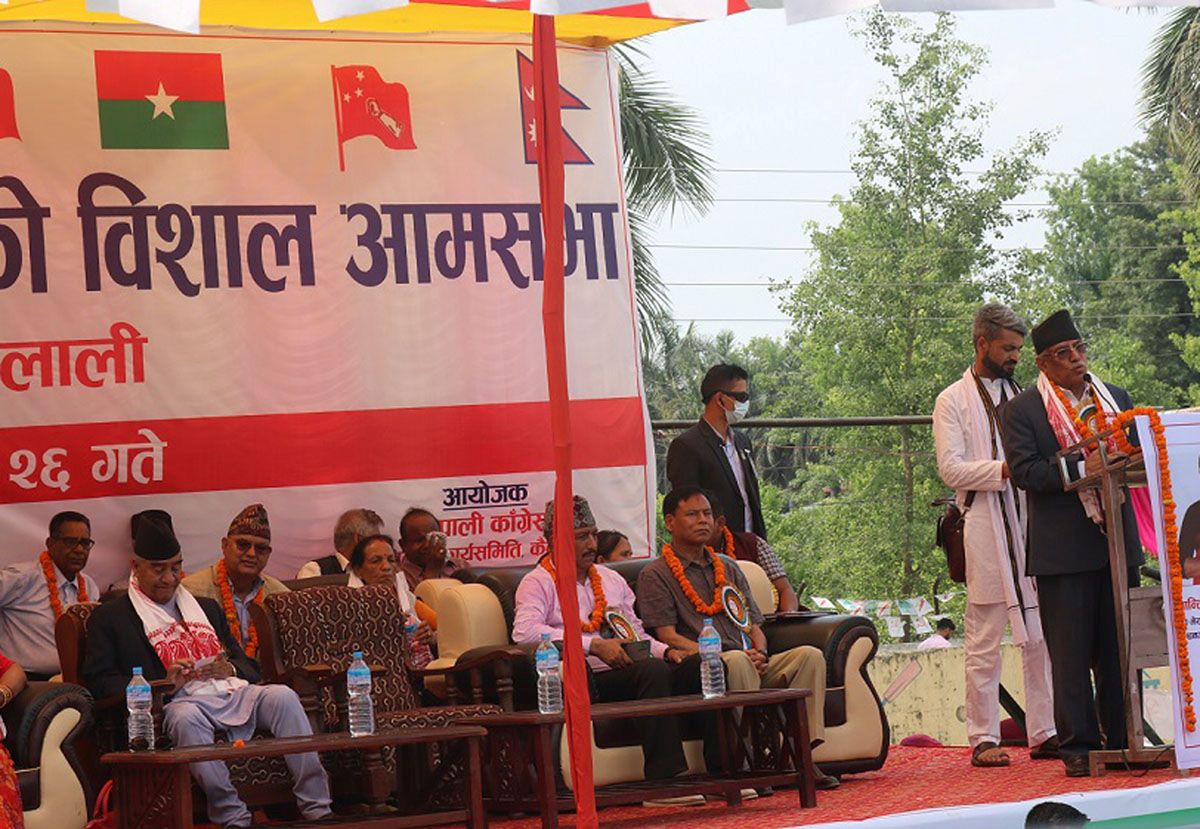 Similarly, CPN (Maoist Centre) Chairperson, Pushpa Kamal Dahal Prachanda, said that the five-party alliance has saved the country from a mishap, adding the new era would be started through the existing alliance maintaining stability in the country.

He mentioned that top leaders of the ruling coalition parties should be cautious as elements plotting a conspiracy to split the alliance by creating disputes and misunderstandings among the top leaders are active.

Saying the alliance was formed to protect the political achievements and people's rights gained from a huge sacrifice, the CPN (Maoist Centre) Chair Dahal urged the voters to make the common candidates of the alliance victorious in the upcoming elections. 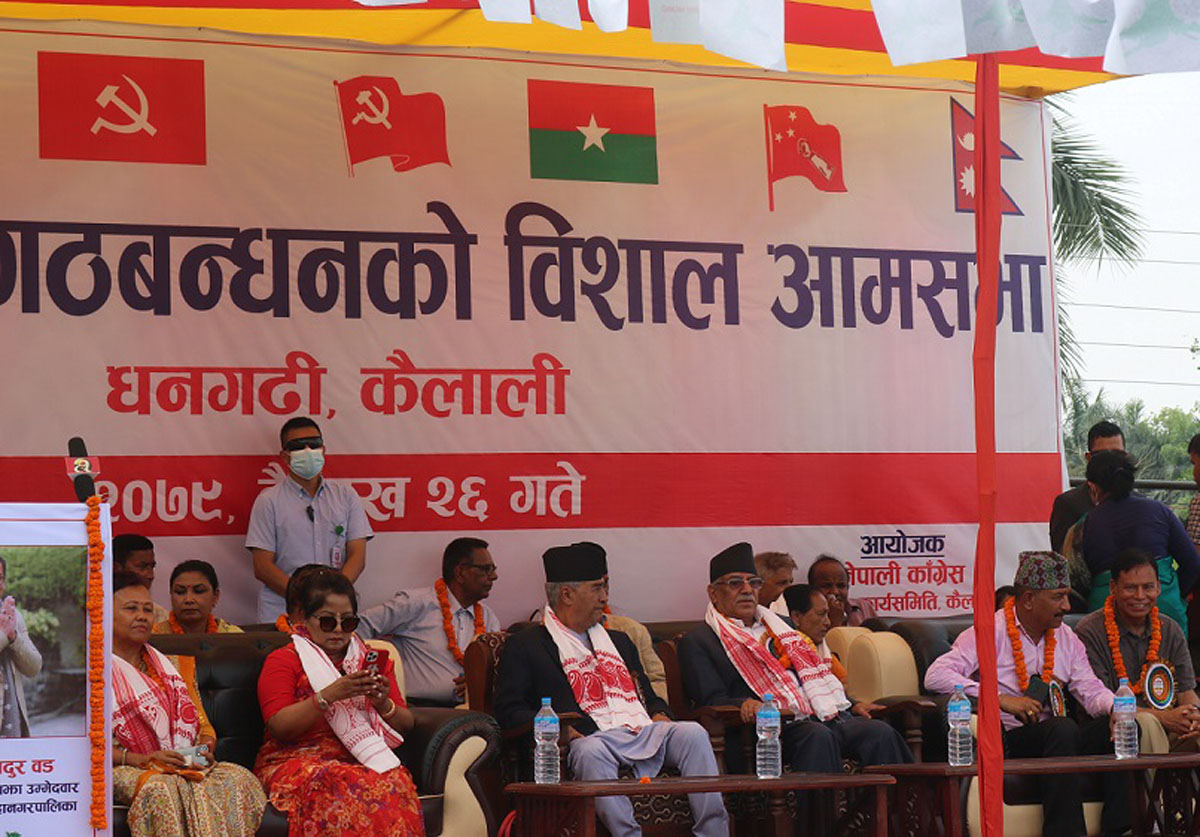