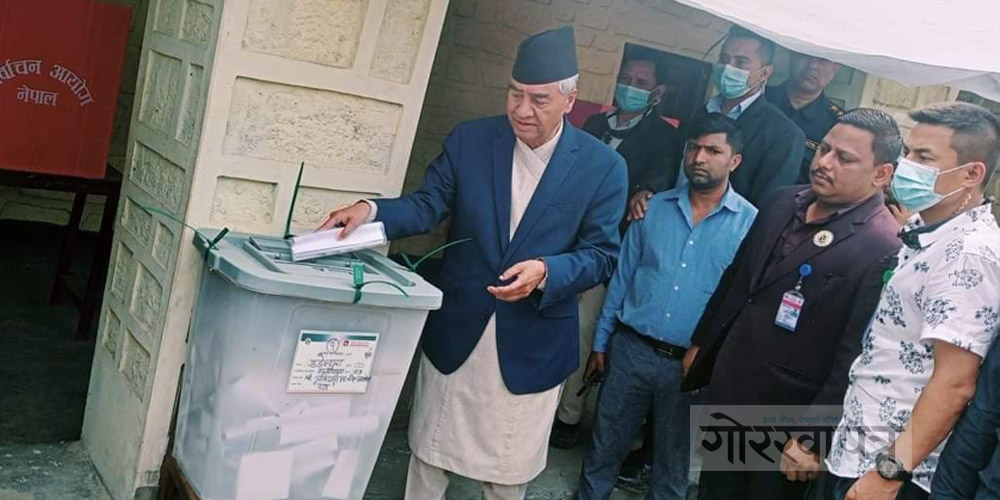 The PM cast his vote from the polling center Kha of the Asigram Secondary School polling station in Ganyapdhura Rural Municipality of Dadeldhura district.

After casting his vote, PM Deuba said that the local level election was being held despite the main opposition party, CPN (UML), Chair KP Sharma Oli's act of spreading rumour that the poll would not be held.

In a sarcastic tone, PM Deuba said, "I hope, KP ji has also cast his vote by this time."

PM Deuba has been staying in his home district for a few days.

There are 10,414 voters in Ganyapdhura and 14 voting stations.

PM Deuba had exercised his franchise from the same voting stations in the past polls.

It is interesting to note that PM Deuba had studied in the school from where he cast his vote. The PM's ancestral house is located in the east of the school at Matela village.