We form opinions based on personal expectations and experiences. Rarely do we see debates using proper economic indicators and statistics. Not only at the public level, but also in politics, we see politicians making the same invalid assumptions about the country's development. Therefore, we need to properly analyse the history of Nepal before jumping into policy or arguing about its development.

History provides us data and information to look at medium- and long-term impacts according to Steven Pinker, a great thinker of reason, science, humanism, and progress. In his book, Enlightenment, he describes vividly how progress is carried out not only in the west but worldwide.

Pinker has also argued that world progress is not carried along by some cosmic force but rather is a gift of the Enlightenment: the conviction that knowledge can enhance human flourishing. Taking this factor into account, Nepal’s development picture also has good hope and sets the best possibilities for the future.

Moreover, this is the age of science and technology. The right to information benefits us.Sitting in one corner of Nepal, we get to know what is happening in Washington, DC. That is why an individual compares his or her living standard with others and gets discouraged but fails to compare with the past. Similarly, the role of the media becomes crucial here, but it fails to highlight the major trend of positive changes that we have been able to achieve till now.

Nepal’s growth is very impressive throughout the year. Here are the few indicators that justify this statement: At current prices, real per-capita GDP was less than $200 in the 1960s. It surpassed $1,000 in 2018 and has been steadily increasing since 2015.

As a result, the country can take heart from this upward trending pattern.Excluding the COVID-19 pandemic, this growth could have easily continued its recently achieved higher growth path. Literacy rate was only 2% in 1950.Only one child in a thousand used to go to school. Today, practically every child attends school and lives 30 minutes or less from their place of instruction.

Similarly, Nepal has achieved good results in achieving gender parity in primary education. The road network spanned 2700 kilometres in 1970, and today it has expanded and reached 80,000 kilometers. In terms of health, almost 61% of Nepalese households have access to health care within 30 minutes, with 85.9% in urban areas and 59% in rural areas.(Mishra et al., 2015).

In development dialogue, we see lots of fallacies and unwanted assumptions. Therefore, from the above data and facts on development and progress, there should not be debate on why there is not development in Nepal. Rather, the debate should focus on why we are not developing to our full potential.Currently, as a global phenomenon, Nepal is also facing massive financial problems.

The liquidity crisis, high inflation, and trade deficit are major indicators that the country is in trouble.The discussion sticks only to the trade deficit as a major problem, but we fail to get to the root of the problem. Here are the facts that show how Nepal is trading and its potential for doing business.

On average, the time required to export a standard container full of goods from Nepal is substantially higher, i.e., 41 days, compared to developed nations, where it is only 5 days. Trade costs are so high in Nepal.

On average, Nepali exporters are supposed to fill out nine documents to get government approval for exporting, compared to other landlocked countries (Poudel & Wagle, 2017). So, these kinds of administrative delays really discourage a Nepali businessman from exporting. On the other hand, government policymakers create policies to train people.We are not interested in how many people get employment after training (before and after the training impacts on people’s lives). Well, this might be a good research question for policymakers.

Similarly, a lack of proper data has been a major motivator for the least amount of development activities.Nepal can aim for high economic development despite this chaos. Policymakers and politicians should work on low-cost mechanisms as part of developing higher economic efficiency and productivity.

Reduced production costs can be reduced by providing easy and cheaper access to energy, as well as improving the business environment to attract foreign direct investment.Therefore, this is only possible by increasing the capital expenditure in the annual budget. (World Bank,2010) Only 0.26% of GDP is spent on research and development.In universities too, we don’t find research, development, and innovation (RDI).

Moreover, the culture of developing new technology, bringing disruptive ideas to business, and investing money in science is today's need for development and prosperity. The industrial revolution also teaches us how economic development was only possible in England.

Beside the geographical advantages, trade, and rising agricultural productivity, the scientific revolution also played a crucial role in economic development. Galileo pioneered a new approach to physics, and Newton altered the nature of humanity as we knew it.Therefore, learning from this historical event can also be useful for economic development. As part of designing the policy for the country, there must be an evidence-based policy.

Thorough research and work on impact evaluation can provide the best results for policymakers.To sum up, we can say that Nepal still needs to work on its potential by utilising its

intellectual power, reflecting on its history, and investing its budget in science and technology. On a positive note, the best days are yet to come in Nepal. 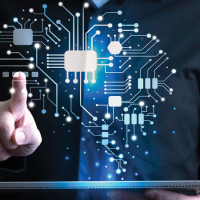 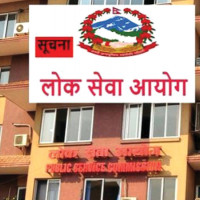 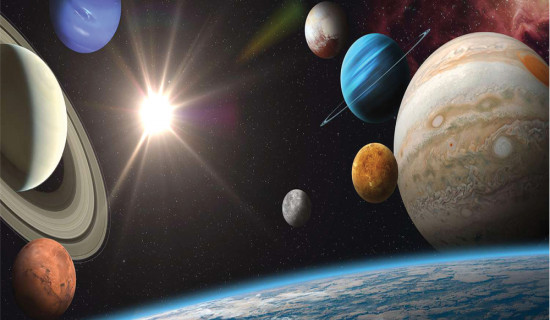 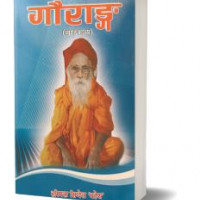