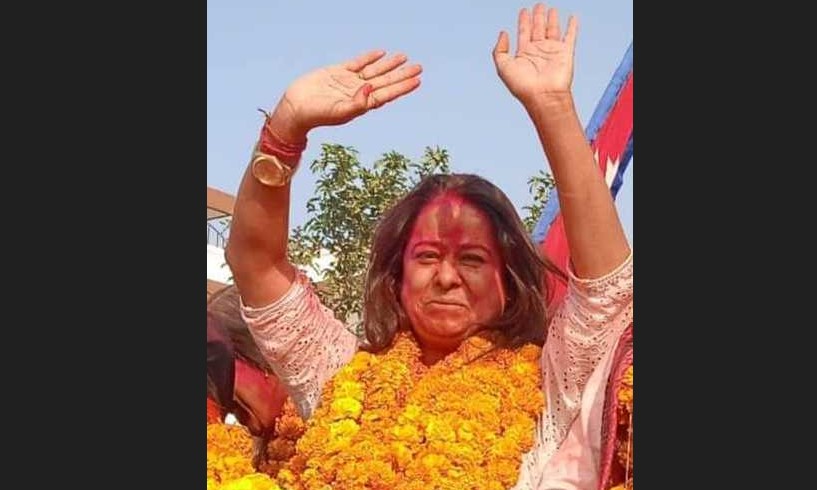 Lamki, Nov 24: The Chairperson of Nagarik Unmukti Party and candidate for the member of the House of Representatives (HoR) election from the Kailali electoral constituency-1 Ranjita Shrestha has secured a victory by defeating her rival Ram Janam Chaudhary of the Nepali Congress (NC) by 12,323 votes.

The party won all three seats of the HoR and Province Assembly from Kailali electoral constituency-1.

For her win, Shrestha got 30,404 votes while her nearest rival Ram Janam Chaudhary bagged 18,081 votes.