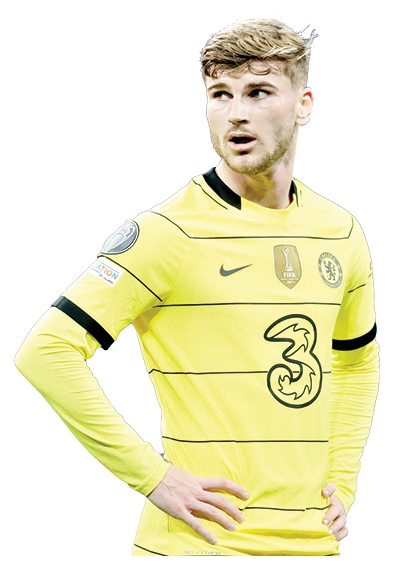 London, Aug 11 : RB Leipzig said on Tuesday they had signed former striker Timo Werner from Chelsea on a four-year deal.

According to reports, the Bundesliga club has paid £25 million ($30.2 million, 29.5 million euros) for their record goal-scorer.

"I'm very happy to be able to play for RB Leipzig again," Werner said in a Leipzig statement.

"I had a great time here between 2016 and 2020 when we performed brilliantly as newcomers in the league.

"It was a dignified departure for me to leave the club as record goalscorer, but that's in the past now and I'm looking ahead because both I and the club have developed in the past two years," he added.

Earlier on Tuesday, the 53-time international announced his departure from Stamford Bridge, where he won the Champions League in 2021 but found it difficult to find consistent form.

"Today marks the end of my journey with Chelsea. I am incredibly grateful for the time I spent at this special club," Werner said on social media.

"I felt so much love and support throughout the last two years and I will never forget how you guys stood behind me in good and challenging times," he added.

Leipzig's second match of the Bundesliga season is Saturday's game with Cologne and will feature in this season's Champions League.