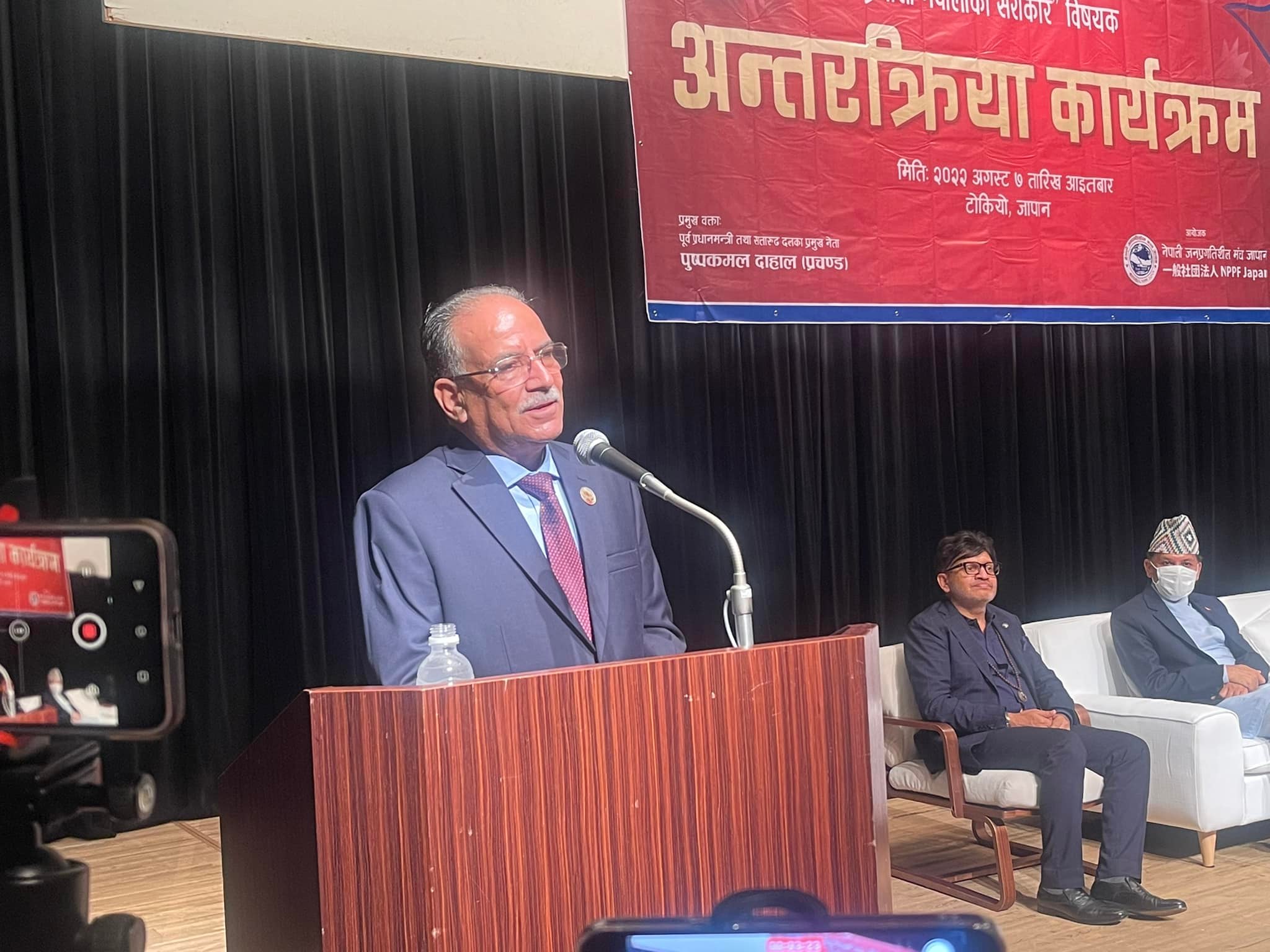 Addressing an interaction programme in Tokyo, Japan on Sunday, Prachanda said he was effortful for the country's economic prosperity, and was waiting for a day to appeal to the Nepali diaspora to return home.

On the occasion, he asked the Nepali community to convert their energy for the positive result by quitting negative attitude. He found Japanese nationals more positive and hardworking for the cause of development endeavours, according to him.

The Maoist Centre Chairman said the upcoming federal and provincial assembly polls would take the country towards stability, stating that politics was the centre to drive everything in the country and called for a collective effort of all to give political stability.

Likewise, Prachanda appealed to provide best possible support from all to ensure good-governance in the country, which he argued, was the base for development and prosperity.

"There were no complaints on corruption during my prime ministerial responsibility for two times. On the basis of that too, I can say good-governance is possible if we take initiatives," according to Prachanda.

On the occasion, Prachanda recalled that Mid-Hill Highway, North-South Corridor and long-term intervention in the energy sector was carried out on his own efforts.

Similarly, Prachanda said investment friendly environment was created through this year's budget for the development of agriculture sector. (RSS)