ANFA gets Nembang as its new chairperson 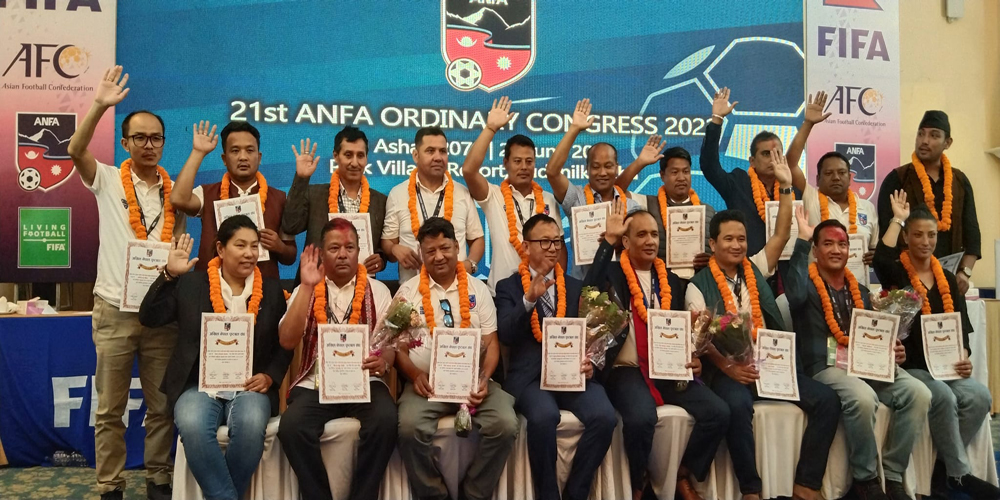 
Nembang has been elected to the post of chairperson for a four-year term by defeating outgoing chairperson Karma Tshering Sherpa with six votes. Out of 84 votes, Nembang had received 45 votes while Sherpa got 39 votes.

Similarly, an independent candidate Rajeev Raj Poudyal did not get a single vote. Likewise, Bir Bahadur Khadka from the Nembang panel won the election to the post of vice-chairperson.


Out of four vice-chairpersons, three candidates from the Nembang panel and one from the Sherpa panel were elected to the post. Dawa Lama, Deepak Khatiwada, Birat Jung Shahi, and Dirgha Bahadur KC are the vice-chairperson of the new working committee.


Pema Dolma Lama and Sarila Shrestha have been elected members under the women category.