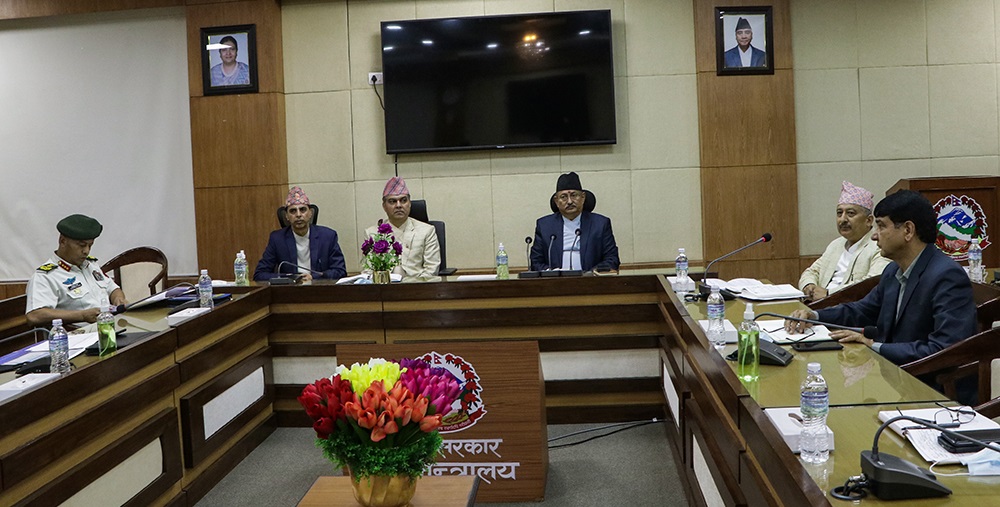 By TRN Online, Kathmandu, May 19: The meeting of the central security committee has decided to write to the concerned agency to provide relief to the family of the security personnel who died and treatment costs to the wounded in course of the local poll.

Five temporary (Myadi) police personnel and police official mobilised for the security of the poll died while on duty.

Earlier, a meeting of the Council of Ministers had decided to provide Rs. 2 million as a relief to the security personnel in the event of death while being mobilsed for the poll security and provide treatment costs when injured.

Phanidra Mani Pokharel, spokesperson of the Home Ministery, informed that the meeting chaired by Home Minister Balkrishna Khand also expressed thanks to all including the election commission, security bodies, and political parties for making the local level election held on May 13 a success.

The meeting drew the conclusion that the poll which was held at one go across the country was held peacefully except for a few unwanted incidents.