BY PREM ADHIKARI, Ilam, Jan. 26:The Suryodaya Municipality of Ilam has started to develop Kanyam as a new tourist destination. On Tuesday, the foundation stone was laid for the construction of a 150-metre-long glass bridge and 13.5-kilometre-long cycle track in Kanyam.

The city has started construction of cycle track form Kanyam to Purne Hill and glass bridge at Mane Hill of Shantichowk in order to attract more tourists. Mayor Rana Bahadur Rai said that the glass bridge of such length was being constructed for the first time in the country.  Laying the foundation stone, Mayor Rai said that a new dimension was added to the tourist destination.

Mayor Rai said, "Road construction alone does not lead to development, tourism is a sustainable source of income." The construction of cycle track would improve the income level of the locals, he added.

Milan Bhattarai, chief administrative officer, informed that the project with the joint investment of Province 1 government's New Reform Partnership Fund and Suryodaya Municipality would be completed within two years at a cost of Rs. 79.36 million. The contract was signed with BS Construction to complete the project by January, 2025, informed municipality architect Sirjan Gadal. It is said that the 150-metre-long glass bridge would have a modern design and one could observe various parts of Nepal and India from the bridge.

Likewise, a contract for the construction of cycle track at a cost of Rs. 5.55 million by September, 2022 had been signed with Rajalwat Nirman Sewa, informed municipality engineer Kavin Sapkota. The cycle track would cover Ward No. 6, 7, 8, 10, 11 and 12 of the municipality.

After the bridge and cycle track are operational, cyclists from all over the country would be able to travel on the curving path amid the beauty of Ilam.

Under the project, an evening facility centre at a cost Rs. 5.98 million, monument park and health park would be constructed at Kanyam of Suryodaya Municipality-6. Similarly, Fencing Monastery of the endangered Lepcha people would also be repaired. The project has also built four toilets in Kanyam and other villages.

Engineer Gadal informed that the project was a 'new product' for tourists in the district.

The municipality had already done the beautification of Kanyam and Antu. Sway walks and paragliding are being conducted by the private sector in Kanyam. Both the places are crowded with the tourists throughout the year. 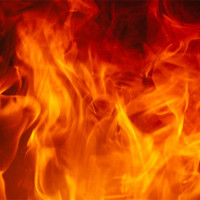