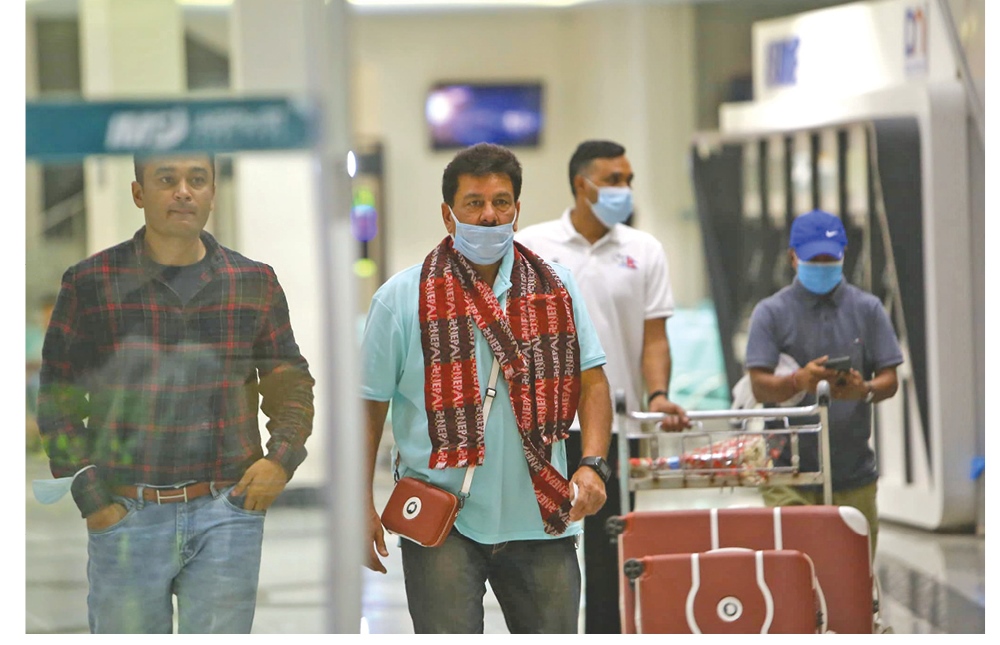 Addressing the press at Tribhuvan International Airport (TIA), Coach Prabhakar said that he was very excited to be a part of Nepal’s national cricket team and said the job as the new coach of Nepal.was a challenge for him which he

“I love Mount Everest and working in the nation of Mount Everest was a different experience and I think to get a result at the international level. “ I know how to improve youngsters and talented players and I am here in Kathmandu to just help them in the batting,” Prabhakar said.

CAN officials have welcomed coach Prabhakar at TIA.

Earlier, The Cricket Association of Nepal (CAN) announced the name of the national squad for the Kenya tour last Tuesday. Nepali senior men’s cricket team is visiting Kenya for the bilateral series scheduled for August 25 to September 5.

Similarly, The domestic cricket governing body CAN have called Jitendra Mukhiya, Bhim Sharki, Pratish GC, and Hari Shankar Shah as the reserves for the Kenya tour.

Nepal will be playing five T20 Internationals and three