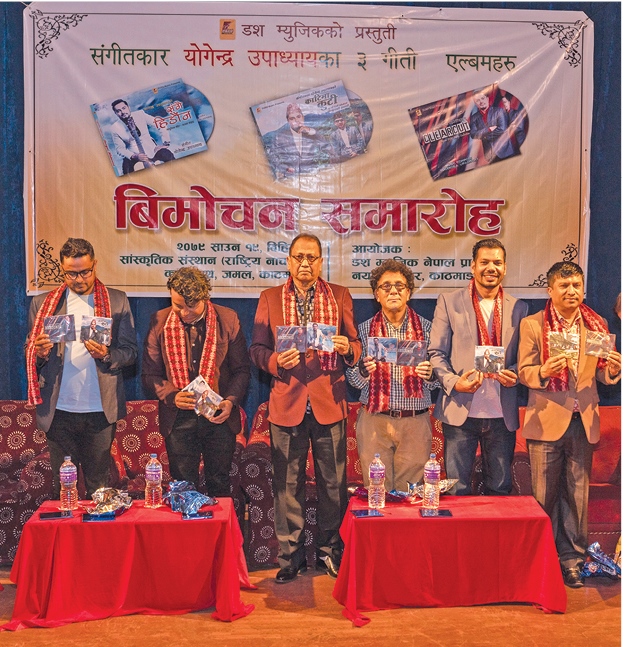 Speaking at the program, musician Upadhyay said that he was preparing to release his first album in 2020, but could not because of COVID -19.

While preparing another album in 2021, he also tried to release the old album but in vain because of the second wave of COVID -19. This time, he released three albums together.

He has included songs of different genres including modern, ghazal, folk, and western flavor in the albums.

While reviewing the albums, singer, and composer Deep Shrestha said that a single musician could present himself in a versatile manner and Yogendra had excelled in it.

Stating that he has listened to the songs of all three albums, he said Yogendra is on the list of great musicians.

Senior musician Raju Singh said that when he heard Yogendra’s songs, he found him as a

Singer Shiva Pariyar said that although the practice of releasing albums has almost disappeared in recent times, Yogendra has revived it.

Similarly, General Secretary of Royalty Collection Society B Pandey said that Yogendra is rich in creativity. He said that his creations touch the hearts of common people.

Upadhyay, who passed the vocal test from Radio Nepal in 2011, won first place in music in the nationwide open modern song competition in 2014.

In the year 2018, he was awarded the ‘A’ grade musician’s certificate by Radio Nepal.

He has also done a Master’s Degree in Music from Tribhuvan University and received the title of Lalit Kalacharya. 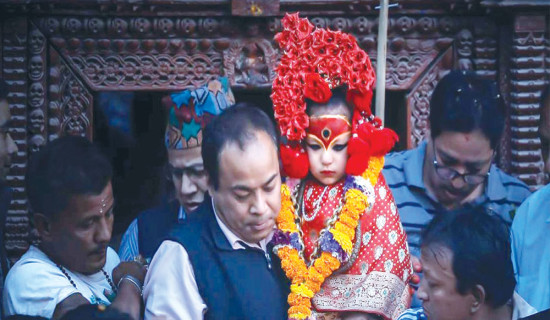