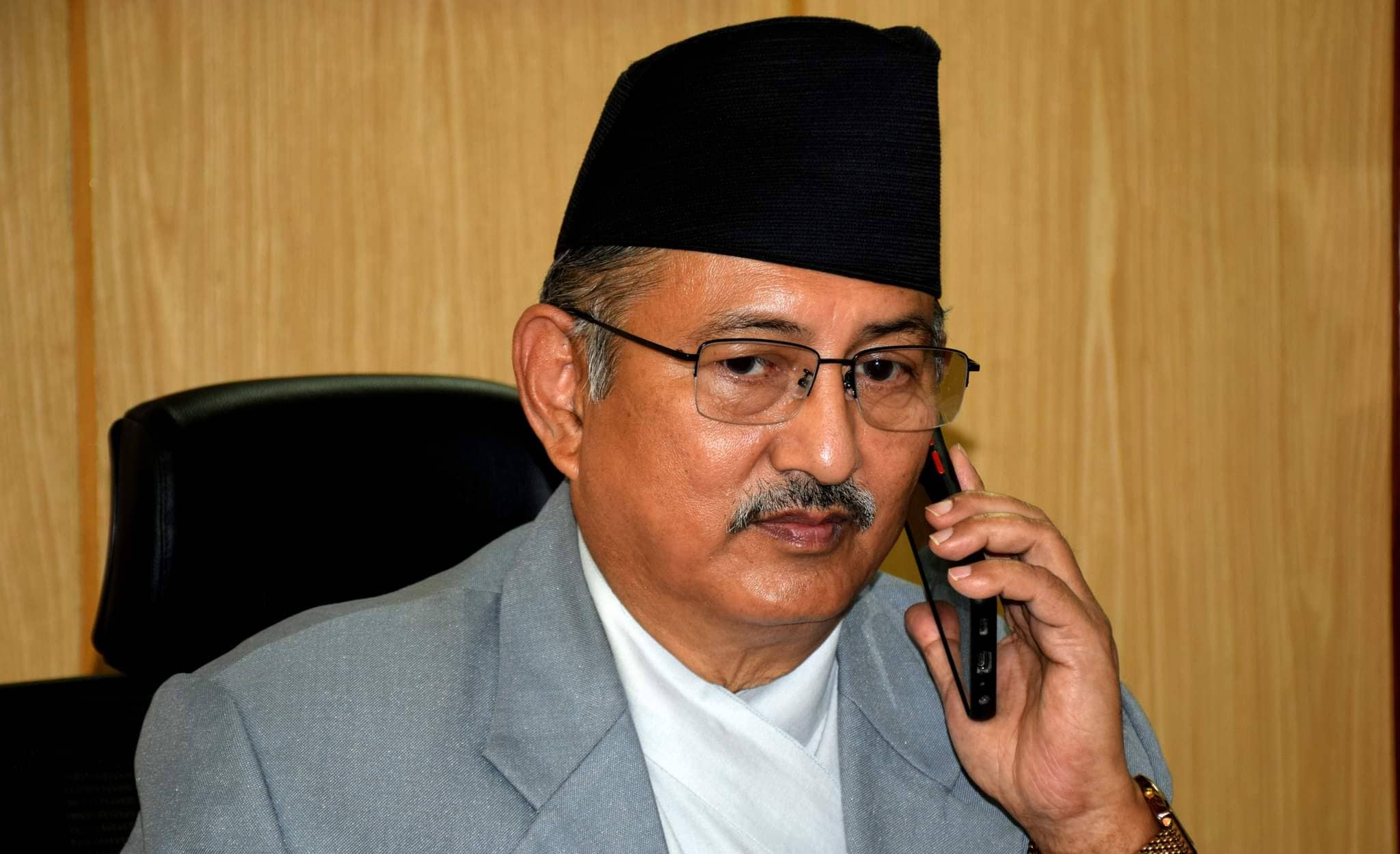 Kathmandu, July 31: Home Minister Bal Krishna Khand today held phone conversations with chiefs of respective district offices and chiefs of security bodies to take updates about the earthquake measuring 6.0 on the Richter Scale that occurred this morning with its epicentre at Mattimbirta of Sakela rural municipality in Khotang district.

The Minister separately telephoned Khotang's Chief District Officer ( CDO) Surya Prasad Sedhain, Bhojpur's CDO Hari Prasad Ghimire, Province 1 Police Chief Deputy Inspector General of Police Sudip Giri and Armed Police Force Province Chief DIG Kamal Giri and acquired about the disaster-caused losses, and measures are taken by the government to respond to the post-disaster situation. He also instructed the authorities concerned to ensure proper management of those affected by the quake, and seek the help of the centre if the district and province's resources are not enough for the same.

According to Khotang's CDO, some houses in the district were damaged by the quake. The ministry said further details are awaited. According to the Home Ministry's secretariat, CDO Sedhain apprised the minister that a rescue team was on standby to respond post-quake.

The quake was recorded at 8:13 am with its epicentre at Mattimbirta of Sakela Rural Municipality in Khotang district, confirmed by the National Seismology and Research Center. The jolt of the earthquake was felt clearly in Kathmandu valley as well. (RSS)