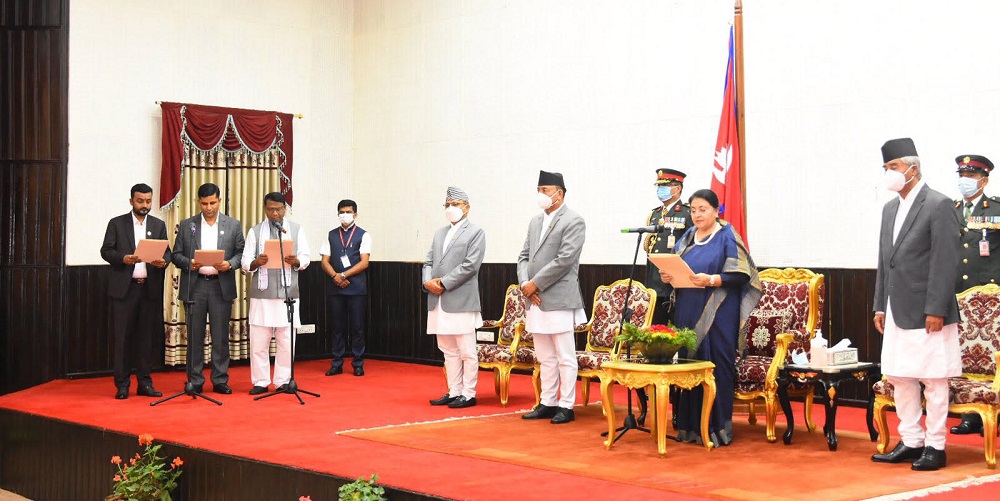 By TRN Online, Kathmandu, July 4: President Bidya Devi Bhandari administered the oath of office and secrecy to the three newly appointed ministers at the Office of the President today.