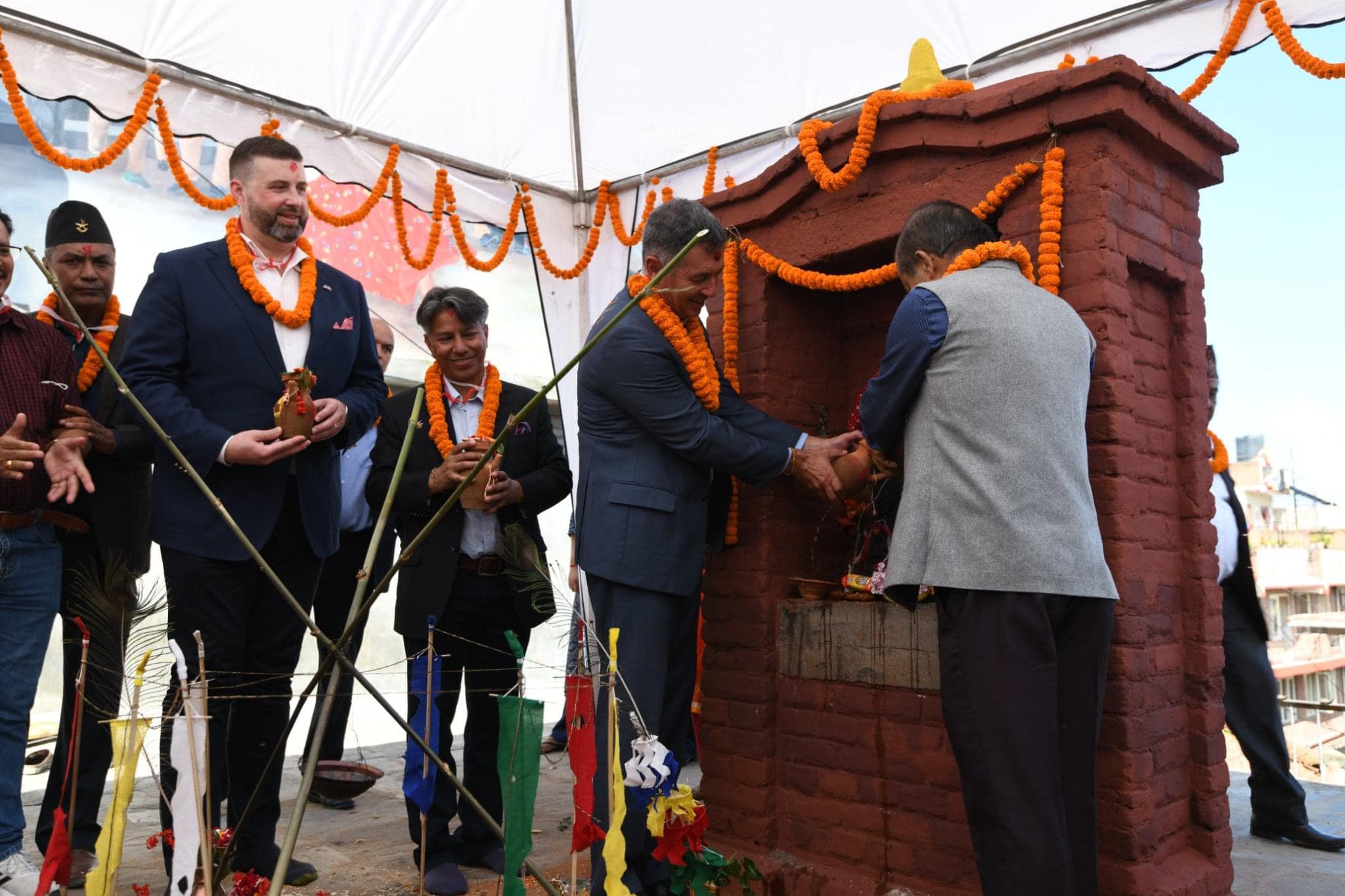 Kathmandu, July 1: The historic 'Khyali Dyao' temple based at Kirtipur Municipality-1 is to be reconstructed.

The historic heritage is being reconstructed with the joint efforts of the Rabindra Puri Foundation for Conservation Bhaktapur, the Khyali Dyao Conservation Trust and the Kirtipur Municipality.

The United States Embassy in Kathmandu is providing financial support for the reconstruction of this heritage site.

US Ambassador Randy Berry and Kirtipur Municipality mayor Raj Kumar Nakarmi jointly initiated the reconstruction of Khyali Dyao by performing atonement worship at a ceremony organized at Kirtipur on Thursday.

The Khyali Dyao is being rebuilt at an investment of Rs 13.4 million. Khyali Dyao is worshipped as the 'god of love.' The Laxmi-Narayan statue inside the temple is considered rare and invaluable.

As per a stone inscription, Dhanapati Bahali Bharo constructed this statue in 1694. The Laxmi-Narayan statue at Khyali Dyao is unique in that unlike other similar statues, this statue has the goddess Laxmi placing her hand over the shoulder of god Narayan and the latter's hand is also placed on Laxmi's shoulder.

It is believed that a couple worshipping this statue will be blessed and the love between them will prosper and those lovers who are unmarried will have better chances of marriage, Khyali Dyao Conservation Trust stated.

Under the reconstruction project, the temple and the Sohrakhutte Sattal in the temple premises will also be rebuilt.

On the occasion, mayor Nakarmi committed to conserving the cultural heritages of Kirtipur and urged the US Ambassador to extend support and take initiatives for getting Kirtipur enlisted in the list of World Heritage Sites.

Ambassador Berry on the occasion said he has closely observed the art and culture of the Newar people and that the US government has been providing assistance for the conservation of the local cultural heritage.

Joint Secretary at the Ministry of Culture, Tourism and Civil Aviation, Dr Suresh Shrestha urged the townsfolk to keep the local art and culture vibrant.

Director General at the Department of Archaeology, Damodar Gautam expressed gratitude towards the United States for its invaluable support in repatriating the cultural artifacts of Nepal which had reached foreign land by various means. (RSS)