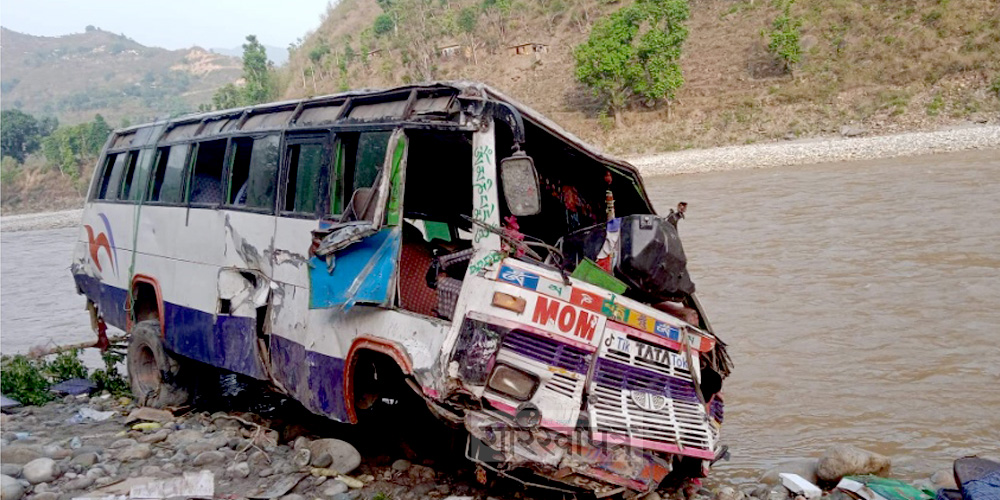 Doti, May 21 (RSS): As many as 12 passengers were injured in a road accident in the Doti district this morning. Of them, five were critically injured.

Similarly, a child has gone missing in the accident, according to the Area Police Office in Dipayal. The missing child is identified as the 18-month old son of Surendra Shahi of Chaurpati rural municipality in Achham district.

The accident took place when the bus (Na 5 Kha 9663) heading towards Accham from Kailali fell some 200 meters off the road at Gerupani road section of Sikhar municipality -1.

Preparation is underway to send the critically injured to other health facilities, outside the district, while the rest of the injured are receiving treatment at Shaileshowri Hospital at Pipala, informed Chief of the Area Police Office, Dipayal, Roop Singh Thapa.

The reason behind the bus accident is yet to be ascertained. However, over-speeding is suspected as one of the reasons behind it. The driver has been absconded and searching for him is underway.