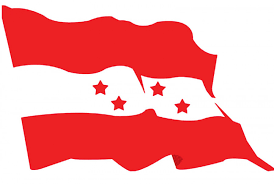 Fungling, May 19 (RSS) : Taplejung district has witnessed the completion of vote counts in all nine local levels.
Nepali Congress (NC) has registered victory in four local levels. CPN-UML has secured its win in three while CPN (Maoist Centre) in two local levels.

According to the results made public, NC candidates have secured win as mayor in Fungling municipality and as chairpersons in Mikwakhola, Meringden and Sirijunga rural municipality.


Out of 61 wards of nine local levels, UML has registered its win in 30 wards, NC in 15 wards, Maoist in 10 wards, Unified Socialist in two wards and Federal Limbuwan Forum in one ward. Independent candidates have registered victory in four wards.