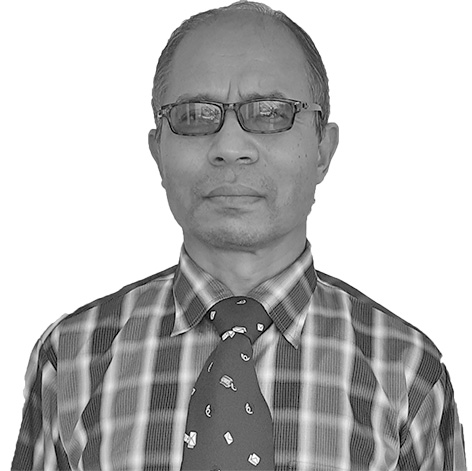 Nepal is basically a remittance- and tax-based economy. Although there are abundant internal resources that can be utilised to boost exports, such resources are left fallow and imports are prioritised. When imports are made in large quantities, the government can levy imports duties, which can be used to supplement the national budget. This can be termed an import mentality.

Nepal is one of the least developed countries in the world. Although there is some development in the urban areas, the rural areas are still poor. It is estimated that one in every five rural households is poor.

As the rural areas lack development infrastructure and there is a paucity of job opportunities, the rural youths tend to migrate to the urban areas or abroad for jobs. So, labour migration has been one of the important components of the economy. Labour migration has intensified, especially for the last two decades. Women also migrate abroad for jobs. But they constitute only about five per cent of the total migrant labour force.

There are over 100 labour destinations for Nepalis. Among them, Qatar, the United Arab Emirates, Saudi Arabia, Kuwait and Malaysia constitute the top five labour destinations. The migrant workers working abroad send remittance money back home.

For a poor country like ours, the importance of remittances can hardly be overstated. Remittances have played a vital role in alleviating poverty in rural areas. The reduction of poverty in the country can be attributed largely to remittances.

In 2010, the rate of poverty was 25.2 per cent, which came down to 16.6 per cent in 2016. Viewed thus, remittances have a positive impact on the uplift of the standard of living of the rural folks.

Most of the remittance money is, however, used to cover family and social expenditures. Remittance-receiving households tend to spend much money on food, house construction and social events. They also spend it on loan repayment, education and healthcare. Spending remittances in the productive sector such as agriculture and cottage industries would further reduce poverty in the rural areas.

Remittances are also the sources of liquidity in the banking sector which is now facing a liquidity crunch. A low inflow of remittances is cited as one of the factors contributing to the liquidity crisis.

It may be noted that banks give higher interest on remittance accounts in order to encourage migrant workers to send money back home through the banking channels.

This does not, however, mean that foreign employment is bad per se. Labour migration is a global phenomenon. As per the World Bank report of 2020, there are almost 272 million international migrants throughout the world. Of them, nearly two-thirds are labour migrants. In recent times, the country has suffered a malaise in the economic sector.

It may be germane to note that Nepal Oil Corporation’s inability to pay fuel bills to Indian Oil Corporation has surfaced. At the same time, the news of Sri Lanka being in economic straits is swirling around the world. And the detractors of the government, including CPN-UML chairman KP Sharma Oli, have raised false alarms that the economy of the country is going the Sri Lankan way.

Exporting labour abroad is a lucrative business as shown by the contribution of remittances to the national economy. However, this has created problems in the rural areas. There are mostly the elderly and children in the rural areas, with the youths having migrated to the urban areas or abroad. The rural farms are left barren for lack of labour.

The government has not paid heed to infrastructure development in rural areas. The rural areas have a multitude of problems, be it in education, healthcare or transportation. Moreover, there is lack of job opportunities. The government should, therefore, take concrete measures to improve the rural conditions without delay.