Father Of Modern Surgery In Nepal

The book under review is 'Nakoriyeka Sandarbharu: A Life Story of Prof Dr Anjani Kumar Sharma’,  a biography of a noted doctor. Penned by Anita Dhungel, the book is a meticulous presentation of how a person from a middle-class family in the backward village of Bhaluwai in Siraha district becomes a noted surgeon with this passion and patience and illuminates in the medical firmament of Nepal.

Dr Sharma not only led a solid foundation for the development of modern surgery in Nepal but also remained unforgettable in Nepal's medical history with his untiring initiatives for the promotion of medical education.

Dr Sharma was born in 1985 BS in Bhaluwai village of Siraha district. He gained his school education in Janakpur city, did ISC and MBBS from India and secured a fellowship for surgery in the UK. Dr Sharma was hugely influenced by his uncle.

Although King Mahendra was suggested to take the Queen to Lucknow for better treatment, he did not. "Whatever happens, I don't take her to Lucknow. Queen Ratna was airlifted to Kathmandu at midnight. Nepali doctors finally conducted surgery and removed bullet shells from Queen Ratna's body." (Page 2) This event built the confidence of Nepali doctors.

The second chapter is much about childhood, the mischief, friends, soil, pond, bamboo bush, tweeting birds, trees and gardens, games, neighbourhood, houses made up of mud and thatch, relatives and celebration of festivals etc. Despite being a royal doctor and securing a prestigious position in society, his love for soil, motherland, is so fervent that he does not forget it throughout his life.

Time and again, he reminds his children about the misery, plight and paucity he faced during his time and urges them to devote themselves to work. He underscores dedication and perseverance. Writer Anita mentions, “You kids are very lucky now! You get everything readymade. Still, you do not study hard! How troubling it was for us to study in rural society. The ink was made of yellow mud and the pen/nib was made of the bamboo chip. The ink was also made of coal." (Page 51)

Dr Sharma entered Bir Hospital as a resident medical officer in 2012BS after he returned home with an MBBS degree from India. Bir Hospital was in a sorry state then. Most of the doctors were Bengali. Very few medical services were provided there. Dr Sharma has explained to his children how difficult the days were. They had to conduct operations despite an acute shortage of medical equipment. Sanitation was poor even in the operation theatre. People were so unaware of health conditions that they used to believe in shamans and Vaidya. It took a long time to make people aware of medicine and the value of health.

Dr Sharma played a significant role in the establishment of the surgery department and its expansion. He even taught medical science. In addition to the enhancement of the quality of medical services from Bir Hospital, he encouraged colleagues to establish Teaching Hospital, Medical College Jorpati and others. Many doctors including Dr Hemanga Dixit have endorsed the role played by Dr Sharma in the biography.

As a life story, various personal stories and events related to Dr Sharma are mentioned in the book. It brings forth the events from the very childhood to the final hours of Dr Sharma’s life. What mischief in childhood, what a passion to establish a separate department of surgery at Bir Hospital, what perseverance to accomplish the goal! Dr Sharma lived life as a medical guru to many medicos in Nepal. He is an inspirational figure not only in the medical sector but in health and society.

One may wonder how a medical doctor can also become so soft, practical and down-to-earth that he loves literature and music. The lines from the poems of Lekhnath Poudyal, Laxmi Prasad Devkota and other Sanskrit scriptures he pronounces and reminds the children that Dr Sharma was an ardent lover of national pride and literature.

The book is divided into seven chapters- Shuklaphanta accident: Queen Ratna’s surgery; Plight of cancer: Disheartened mood; Love to soil: An aware self; Result of Farsightedness: Medical science a destination; Dream unchanged: Expansion of specialisation of surgery; and Altruism: Quest for a new world. In addition to these seven chapters, the book has used appendices on the history of surgery and public awareness against smoking. The doctor also wrote booklets to make people aware of their health.

Although writer Dhungel had begun writing the book along with Rajesh Khanal when Dr Sharma was living, it was completed and published after the demise of Dr Sharma who suffered from cancer. How agonizing it was that Dr Sharma who was devoted to raising awareness against cancer himself succumbed to cancer. It is natural for the writer to use many medical words in the book because it is all about a medical doctor and his genuine endeavours to develop medical practice, profession and education in Nepal. Two important styles the writer employs in the book are- a) parallel:  there are references from many books/writers to relate events, thoughts, and the behaviour of Dr Sharma, and b) endorsement: there are several recognitions given by colleagues of Dr Sharma.

This style has eased the writer's ability to explain much about her father, Dr Sharma, on the one hand, while troubling to seek views and references from others. However, the benefit of applying this technique is that the writer's prejudices are not reflected.

The book undoubtedly will add a dimension to biography writing in Nepali literature. The book provides the early days of medical history in Nepal. It is not only a guidebook to medicos but also for the social researcher to know about the development of medical education and the expansion of hospitals. 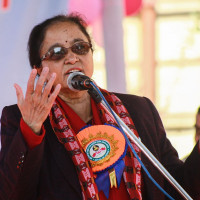 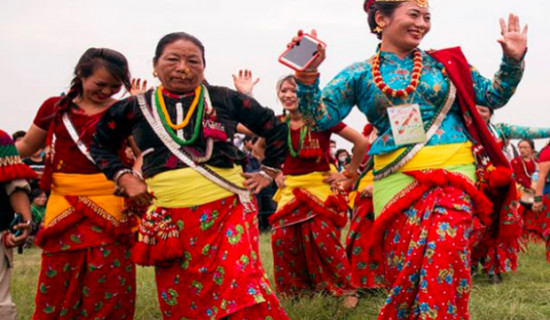 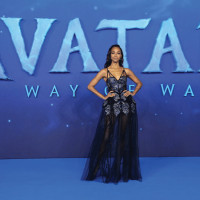 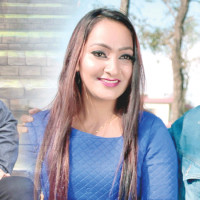