Extending best wishes on the occasion of Antimicrobial Awareness Week, on Friday, PM Deuba said that it is a must to generate awareness of infection, prevention, and judicious use of antimicrobial drugs at all levels in order to reduce its resistance.

Antimicrobial Resistance (AMR) is a situation when bacteria, viruses, fungi, and parasites change over time and no longer respond to medicines making infections harder to treat and increasing the risk of disease spread, severe illness, and death.

According to the World Health Organization, because of this, about seven million people die every year, if concrete steps are not taken to control the disease, then this number will increase to one million by the year 2050.

According to the Ministry of Health and Population (MoHP), misuse and overuse of antimicrobials are the main drivers in the development of drug-resistant pathogens. As a result of drug resistance, antibiotics and other antimicrobial medicines become ineffective and infections become increasingly difficult or impossible to treat. Researchers estimated that AMR in bacteria caused an estimated 1.27 million deaths in 2019.

A global action plan to tackle the growing problem of resistance to antibiotics and other antimicrobial medicines was endorsed at the Sixty-eighth World Health Assembly in May 2015. One of the key objectives of the plan is to improve awareness and understanding of AMR through effective communication, education, and training.

World Antimicrobial Awareness Week (WAAW) is a global campaign that is observed annually to improve awareness and understanding of AMR and encourage best practices among the public, One Health stakeholders, and policymakers, who all play a critical role in reducing the further emergence and spread of AMR.

As per the data provided by MoHP, antibiotics worth one billion US dollars are imported annually in Nepal, which is 30 per cent of the total drug imports. About 365 brands of antibiotic medicines are available in the Nepali market. And within the country, about 50 companies produce antibiotic drugs.

This year, the theme of WAAW is “Preventing Antimicrobial Resistance Together.” (translated from RSS Nepali news) 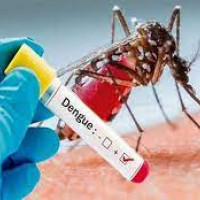 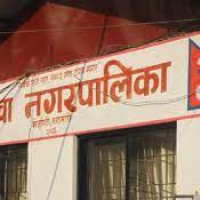 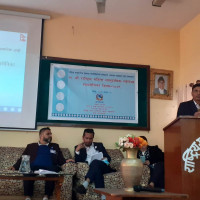