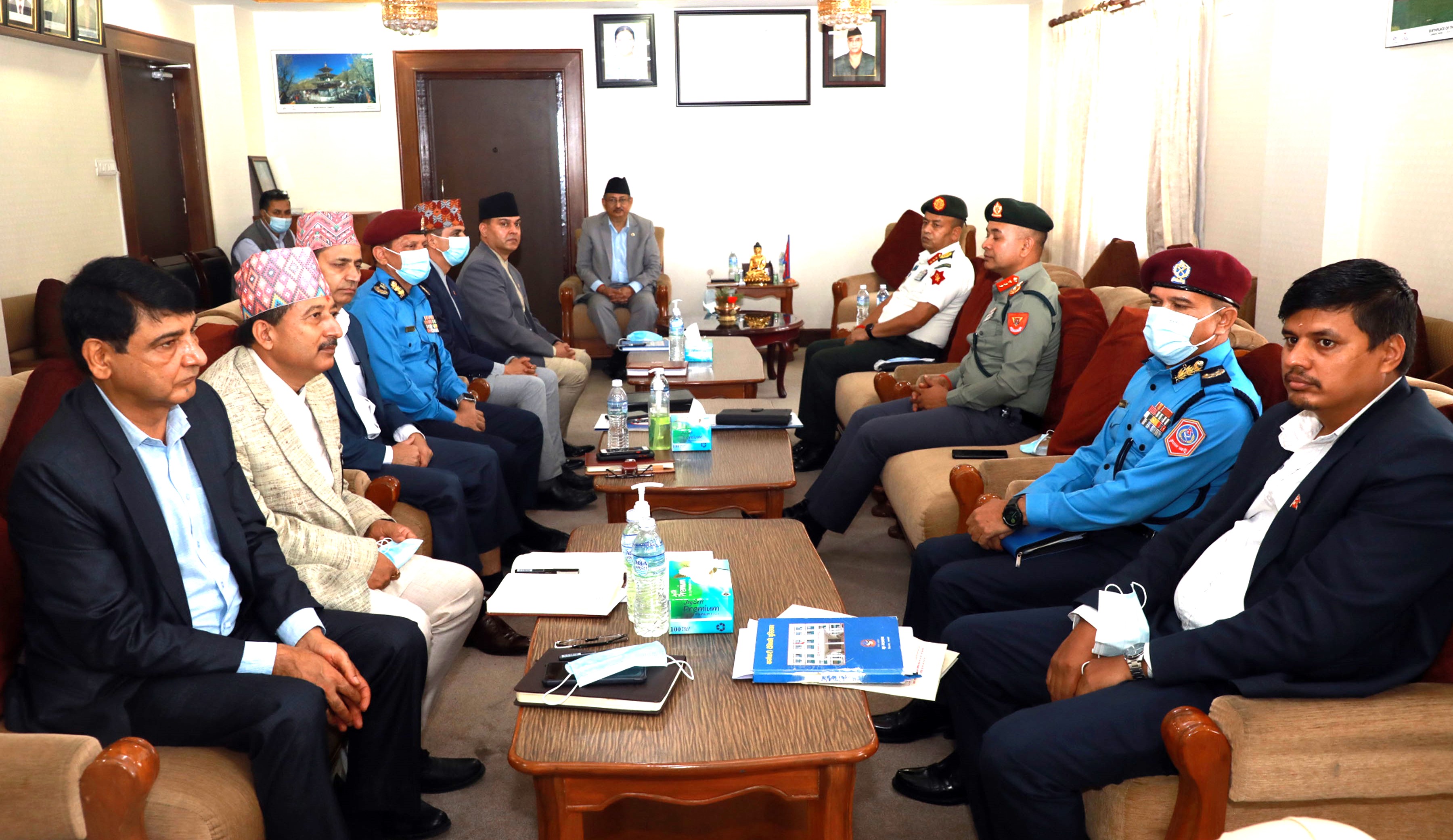 Kathmandu, Aug 15: A meeting of the Central Security Committee has decided to form a Central Command Post under the convenorship of Home Secretary Tek Narayan Pandey for the upcoming House of Representatives (HoR) and Province Assembly election.

The meeting was chaired by Home Minister Bal Krishna Khand. The decision to form the command post was taken after discussing the necessary security strategy for and the challenges that might come up in course of the November 20 HoR and provincial assembly elections.

The issues as election management, preparation, election security plan and security human resources mobilization were discussed in the Committee meeting held at the Home Ministry.

Extensive discussions were also held in the meeting regarding the challenges that might come up in course of conducting the election and the ways to address and resolve them.

Likewise, a Province Coordination and Liaison Cell has been formed under the Ministry's joint secretary for establishing contact and coordination with every province.

The Committee meeting has suggested that the Nepal Police, the Armed Police Force and the National Investigation Department can form an organisational election cell at their central office, province office and district office as per the need.