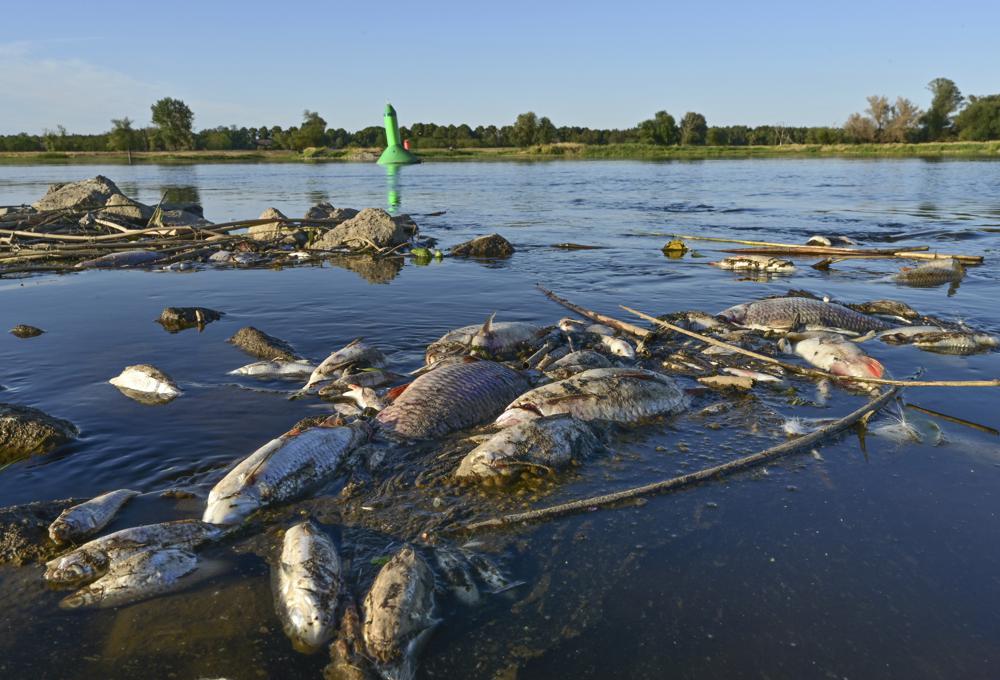 WARSAW, Poland: Poland has deployed soldiers to help clean up the Oder River, which runs along the border with Germany, after 10 tons of dead fish surfaced from the waterway in what one official described as an “ecological catastrophe.”

An association of fishers in Zielona Gora, a city in Western Poland, said Friday that it was suspending fishing in the river due to still-unconfirmed reports in the German media saying the river could be contaminated with mercury.

Investigations are underway to determine the cause of the mass die-off of fish. Huge numbers of dead fish were first spotted near the southwestern Polish town of Olawa in late July, along with animals such as beavers.

“We are most likely dealing with a crime where a substance was introduced into the water that causes the death of fish and other organisms. This is currently being verified,” Jacek Ozdoba, Poland’s deputy climate and environment minister, said.

Poland’s political opposition and local residents have accused the government of Prime Minister Mateusz Morawiecki of being too slow to confront the problem.

Przemyslaw Daca, the head of Polish Waters, the national water management authority, said Thursday that 10 tons of dead fish already were removed from the river.

“This shows that we are dealing with a gigantic and outrageous ecological catastrophe,” he said at a news conference held near the river, where officials faced angry local residents.

Environmental protection authorities in the southwestern city of Wroclaw had earlier notified local prosecutors that the country’s second-longest river appeared to have been poisoned.

Defense Minister Mariusz Błaszczak announced Thursday that both regular soldiers and reservists were being deployed to help remove pollutants from the river, which is known as the Oder in German and the Odra in Polish and Czech. It flows northward for hundreds of miles from the Oder Mountains of Czechia and empties in the Baltic Sea.

German officials have complained that Poland failed to honour an international treaty by not notifying them immediately about the possible contamination of the river. A boat captain first alerted German authorities about the dead fish in the river on Aug. 9.

“We know that the chain of reporting that’s envisaged for such cases didn’t work,” Christopher Stolzenberg, a spokesperson for Germany’s Federal Environment Ministry, said.

“We finally got the message yesterday that should have come from the Polish side,” he told reporters in Berlin. “But in fact, the pollution on the German side was already known about by then.”

Stolzenberg said German authorities were in contact with their Polish counterparts to get further information about the situation, including about substances found in the water, and to provide any assistance requested.