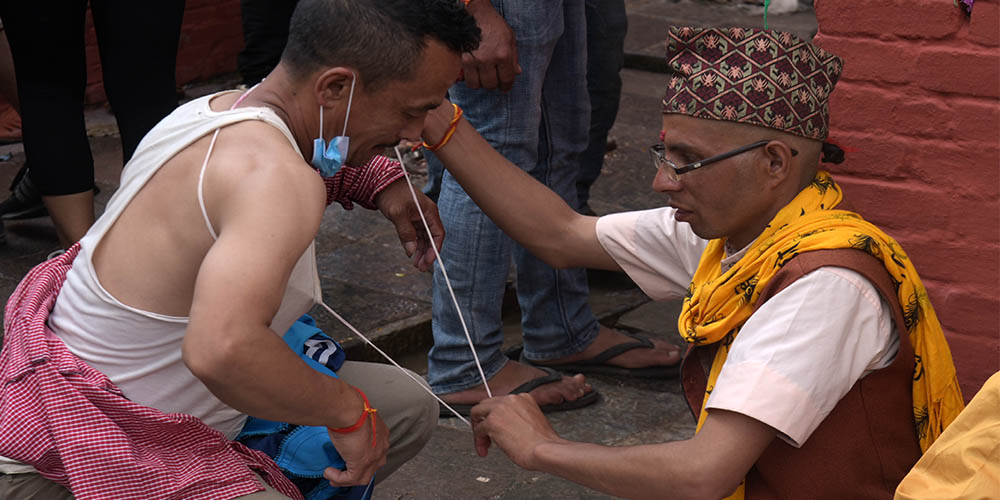 By TRN Online, Kathmandu, Aug. 12: Janai Purnima and Gaijatra festivals are being celebrated at Patan Durbar square of Lalitpur district.

The festival is believed to have started during the reign of King Pratap Malla, who started it in a bid to console his queen much grieved at the death of her son in a smallpox epidemic. He ordered his people to organise humour and satire programmes in various comic postures as part of the festival.