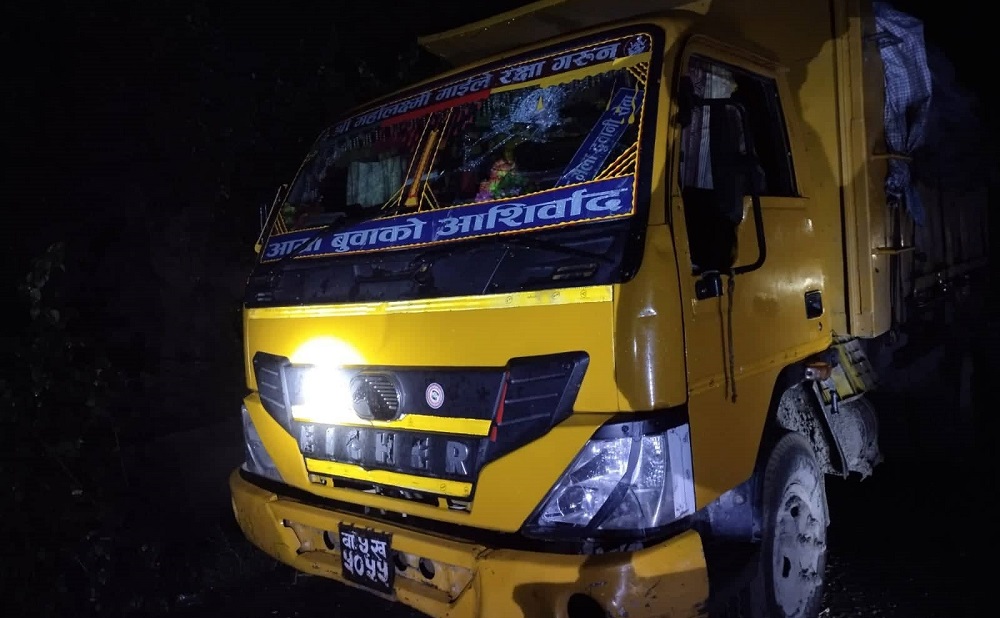 By TRN Online, Kathmandu, Aug 9: Vehicles mobilized for the waste management of the Kathmandu Metropolitan City (KMC) have been vandalized on Monday evening.

Two dozers and one excavator that headed from Kathmandu to dump the waste in the Banchhare Dada sanitary landfill site were vandalized around 9 PM yesterday. All three vehicles were parked near Aletar, Nuwakot for the evening was getting advanced for dumping waste.

Sarita Rai, Head of the Environment Management Division of KMC, said," This is the preliminary information that we have received about the incident. We have corresponded to District Police Office, Nuwakot, and Dhading to send a detailed description of the loss incurred. The facts about the incident will be known only after receiving the letter from two district police offices."

The detailed description of the crime scene report about the incident is being recorded by the local police.

The dozers and excavators used for waste management and camping are severely damaged, while the glasses of the parked vehicles are broken.

Sunil Lamsal, KMC Mayor Balendra Shah’s secretariat member, also an engineer, said, "There has been an obstruction of waste management since Balendra Shah assumed his post. We started working with an understanding that the main problem is the lack of well-functioning roads. We put pressure on the road division office to upgrade road services. However, we later came to know that local businesses related to waste management and infrastructure development have been the main problem."

He said that some locals are not clearly vocalizing their issues, which resulted in vehicles vandalizing. The demonstration group wants to buy stones from the business and produce fertilizer in the area. "However, the main priority of ours is to manage the waste management in a proper way and we will follow that road," he said.

The debris management has been halted on Tuesday owing to the damage to vehicles.