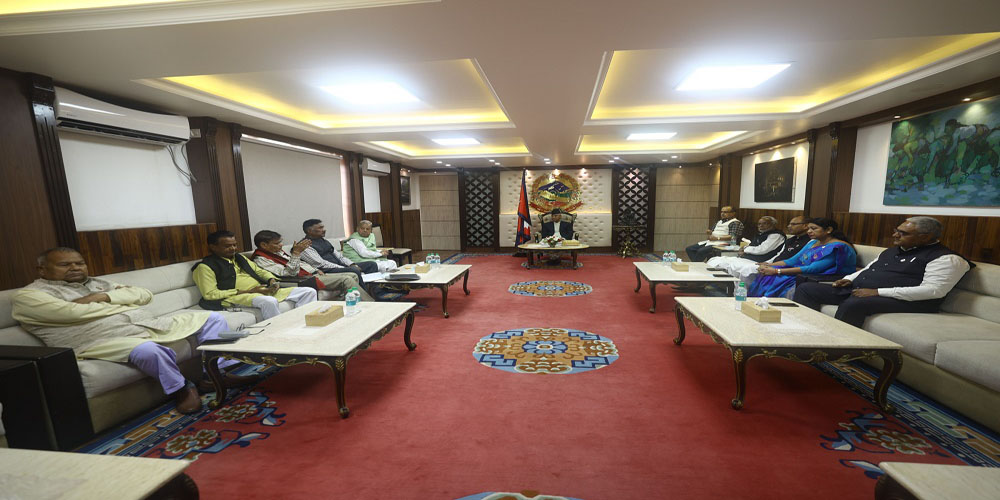 Kathmandu, Aug. 7: Leaders of the Loktantrik Samajwadi Party (LSP) have held a discussion with Prime Minister Sher Bahadur Deuba regarding the LSP's participation in the current government and electoral alliance.

During the meeting convened at the Prime Minister's official residence in Baluwatar this evening, talks were held positively on the issues of LSP's demands and forging consensus in the upcoming federal and provincial assembly polls, LSP senior leader Rajendra Mahato said.

"Discussions were held on a positive note on implementation of Citizenship Act and release of the party's innocent cadres. The Prime Minister is also positive to meet our demands," Mahato added.

On the occasion, the Bill on Citizenship was already passed from the Federal Parliament and the process for the release of the LSP cadres by withdrawing the charges against them has advanced while sharing positive views for cooperation with the LSP, Mahato quoted the PM as saying.

According to Mahato, views were shared positively for LSP joining the five-party alliance as well as the party joining the current government.