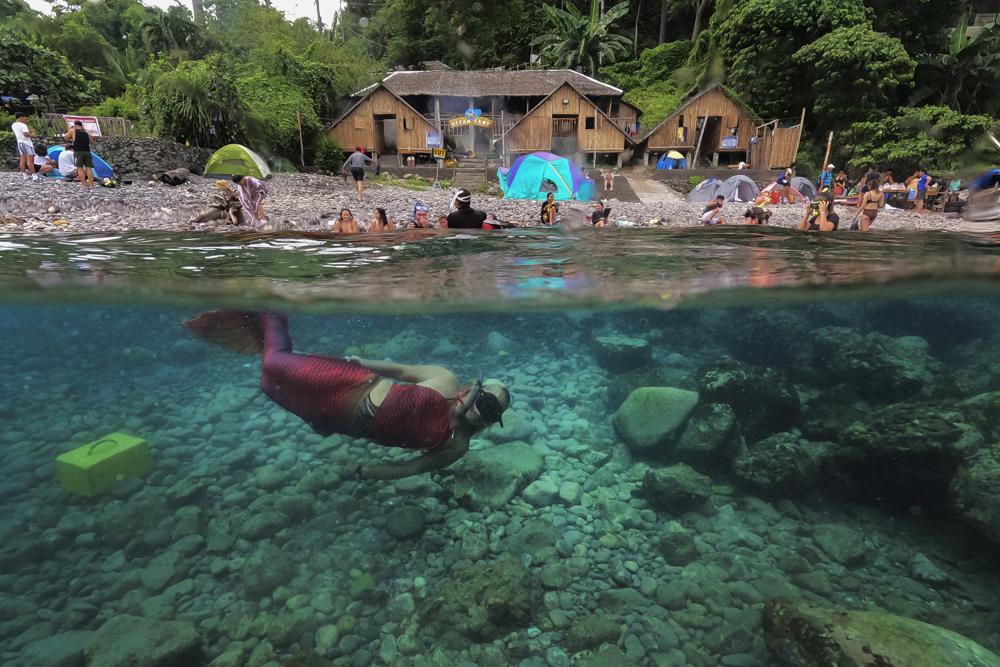 By KRISTEN GELINEAU, SYDNEY June 23, (AP) — There was a pivotal moment in Queen Pangke Tabora’s life that eclipsed all others: It was the moment, she says, when she first slid her legs into a mermaid tail.

For the transgender Filipina woman approaching middle age, seeing her legs encased in vibrant, scaly-looking neoprene three years ago was the realization of a childhood dream. And it marked the beginning of her immersion into a watery world where she would find acceptance. The former insurance company worker described the experience of gliding under water, half-human, and half-fish, as “meditation in motion.”

“The feeling was mermaid-zing,” Tabora said one recent morning while lounging in a fiery red tail on a rocky beach south of Manila, where she now teaches mermaiding and freediving full-time. “The world outside is really noisy and you will find peace underwater. … It’s a good skill in the real world, especially during the pandemic.”Across the world, there is thousands more merfolk like her — at its simplest, humans of all shapes, genders, and backgrounds who enjoy dressing up as mermaids. In recent years, a growing number have gleefully flocked to mermaid conventions and competitions, formed local groups called “pods,” launched mermaid magazines, and poured their savings into a multimillion-dollar mermaid tail industry.

On a planet plagued by war, disease, and social upheaval, many merfolk have found life in the water a refuge. Perhaps Sebastian, the ornery crab in the 1989 film “The Little Mermaid,” said it best in his warning to land-loving mermaid Ariel: “The human world, it’s a mess. Life under the sea is better than anything they got up there!”

Away from the critics and chaos of life on land, per-world is the kinder, gentler and more joyful alternative to the real world. It is also a world, merfolk says, where you can be whoever and whatever you want.

That openness attracts some transgender people who empathize with Ariel’s agony of being trapped in a body that feels wrong. It is also inspiring to merfolk like Che Monique, Washington, D.C.-based founder of the Society of Fat Mermaids, which promotes body-positive mermaiding.“I’m a 300-pound Black mermaid in America over 35, and hopefully that tells somebody they can do whatever they want to do,” says Monique, whose group sells shirts that read ‘Fat mermaids make waves’ and ‘Gender is fluid under the sea.’ “Sure, on the one hand, it is really silly, but I’ve watched it change people’s lives.”

After all, the ocean is vast, she notes, and most of the planet is covered in water. So why not dive in?

“I think there’s room under the sea for all of us,” Monique says.

The lure of mermaiding is clear from the Montreal home of Marielle Henault, which is stuffed to the gills with mermaid tails.

They line her clothes rack and drawers, are squeezed into suitcases, and drip from plastic storage tubs, ready for sale by the 31-year-old AquaMermaid CEO to “mers” the world over. About 20 tails belong to Henault herself.

“When you put your mermaid tail on at the beach or pool, you become a superstar,” says Henault, whose company runs mermaiding schools across Canada and the United States. “Kids and adults, everybody’s happy to see a mermaid!”

When mermaiding first started to catch on, most tails for sale were custom-made silicone creations that weigh up to 23 kilograms (50 pounds), cost upwards of $6,000, and take a surprising amount of time and lubricant to wrestle into. But over the past few years, the increasing availability of cheaper, lighter fabric options — some of which sell for less than $100 — has transformed the mermaiding community from an exclusive enclave for privileged professionals into an achievable dream for the wider public.

As mermaiding went mainstream, glamorous photos of mermaids resplendent in glitzy tails began gaining traction on social media, further fuelling me-mania. An obsession with “The Little Mermaid” is common among the merfolk, and there is the anticipation of a fresh wave of mermaid interest when a live-action reboot of the film is released next year.

Swimming in the tails takes practice and requires a piece of equipment long used by freedivers called a monofin — a single fin into which both feet are inserted. A mermaid’s mastery of the dolphin kick is key, along with equalization techniques to alleviate ear pressure underwater.PADI, SSI, and NAUI, the world’s major scuba diving certification organizations, now offer mermaid courses. There’s even a World Mermaid Championship, last held in China in 2019, which featured 70 mermaids flipping and posing in a giant glass tank before a panel of pensive judges.

Henault, who competed at the world championship, hopes to help get mermaiding to the Olympics, potentially as a demonstration sport. Multiple “Merlympics” events have been held in Europe and the U.K. in recent years.

Last weekend, masses of merfolk swarmed the streets of New York for the annual Coney Island Mermaid Parade. And mermaid conventions (“Mercon”) are now held globally. Last month, more than 300 merfolk from across the U.S. and Canada attended the California Mermaid Convention, which was, as convention co-founder Rachel Smith described it, “a three-day ‘shell-vibration of everything mermaid.” It was also, according to fellow co-founder Ashley Rastad, “’ Dolphin-itely’ a good time!” (Note: the mermaid community is awash in puns.)

For most merfolk, it’s all a little tongue-in-cheek. But it’s also enormously meaningful. Floating in the Sacramento pool where fellow attendees of the California convention had gathered, Merman Maui summed up the importance of the community this way: “I have a new family with all these people.”

“Life is so much better when you learn to have just a little bit of fun, or a lot bit of fun because we all believe in magic at some point,” Maui says. “A lot of times, life can get pretty dull and boring. So why not just enjoy every aspect of it that you can?”

Mermaid Nymphia grew up as a male-presenting child of the 1990s, and gender norms dashed her dream of dressing up as her idol, Ariel. Years later, as an adult transgender woman, her dream was finally realized when her mother helped her sew her first mermaid costume.

Nymphaea would later discover a diverse community of like-minded mers online, and, on the suggestion of her mother, turned her lifelong obsession into a profession. The Los Angeles-based Nymphia has since appeared at everything from children’s parties to corporate events, and in 2019 served as a trans merfolk ambassador at the California Mermaid Convention.

The transformation theme of fish to human in “The Little Mermaid” is inspiring to a subsection of the LGBTQ community, Nymphia says.“With transgender and nonbinary merfolk, they often connect with that mentality where you’re not quite sure which world you belong in, but you’re able to be this alluring creature of the sea and live as your most authentic self,” Nymphaea says. “I know a lot of people who have found their gender identity, myself included, through mermaiding.”

In the Philippines, Tabora also applauds the inclusiveness of the mermaid community.

“You can accommodate young people, straight men and gays, older people,” says Tabora, whose mermaid school is called DIVERSity by SeaReynang Penguin. “Everyone can be a mermaid!”

She, too, found a connection between her personal transformation and the per-world. For her, it is all about evolution — her own, and the oceans.

“As a transgender, it’s a transition,” Tabora says. “It’s like in the sea, everything evolves. The fish evolve, the coral evolves.”

“It doesn’t matter who you are, we all share this love of the ocean,” says Kidd, the proud winner of Mercon Australia’s 2017 Miss Congeniality “Sandra Bull-Shark” award. “You can pick a name if your birth name doesn’t suit you. You don’t have to be whatever you were assigned at birth. You can pick your pronouns. ... And that’s OK because fish don’t care about pronouns!”

Merfolk acknowledges their almost-utopia is occasionally rocked by stormy seas. As mermaiding’s popularity has risen, so too has the prevalence of creeps known as “perverts,” and scam artists who sell non-existent tails says Kelly Hygema, creator of the Facebook group “Mermaids Beware: Scammers, Perverts, & More.”

“Being mermaids, it’s a predominantly women-dominated hobby and profession... so of course, that does attract attention from strangers on the Internet,” says Hygema, who lives on the Caribbean island of St. Thomas. “Most of the time it’s just creepy comments like they want to see you without the tail on or hold your breath underwater.”

Hygiene advises merfolk to always have a trusted companion, or “bartender,” while performing in a tail.

“With your legs bound, you can’t really run away, so it’s important to have that set of legs there to make sure you’re OK,” she says.

The tails have also raised safety concerns with several consumer groups. A 2018 study of 25 children by the Royal Life Saving Society of Western Australia found that a majority experienced an average decrease in their swimming ability of 70% while using mermaid fins and 60% while using tails. The U.S. Consumer Product Safety Commission said it has received three reports of incidents involving mermaid tails over the past four years, the most serious of which resulted in a 5-year-old girl being hospitalized after she tucked her arms inside the tail along with her legs and became trapped underwater.

All the more reason why proper training is key says Lauren Metzler, founder of Sydney Mermaids. Metzler received her advanced mermaid certification this month with the goal of teaching rookie merfolk how to avoid sinking to the seabed.

Dawn is nearing in the Sydney beachside suburb of Manly as Metzler strolls down to the harbour and slips into a shimmery pink and turquoise tail. She scoots backwards along the sand and into the chilly grey-blue water, drawing a few amused grins from commuters heading toward the nearby ferry to the city.

“Some people have a coffee in the morning to wake up, some people have a mermaid swim,” Metzler says with a laugh as she glides through the water, her skin adorned with sparkly sequins. “This tail is so fun to swim in!”

And at its core, this is what it’s all about for many merfolk: Fun. There is a strong need, especially after COVID-related lockdowns, to simply play and enjoy creativity, Metzler says.

“The more we open up our imagination and accept everyone for how they are, it makes it more of a beautiful experience,” she says. “The sky — or ocean floor — is the limit of what you can do with mermaids.” 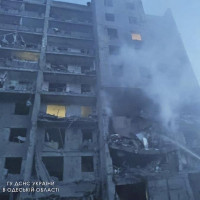 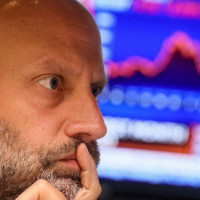 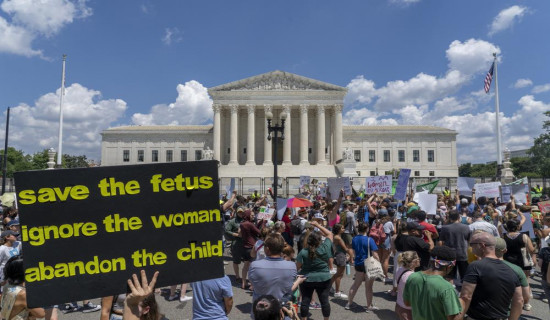 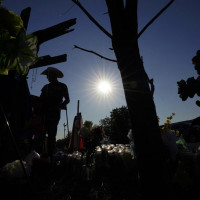 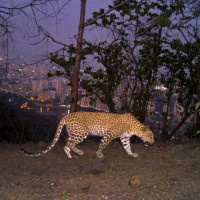