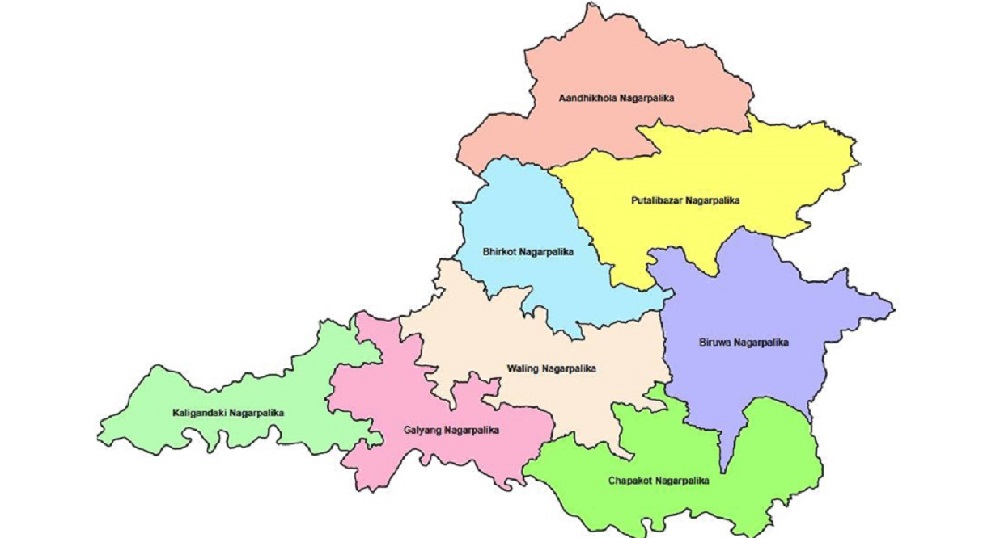 By Arjun Kafle/Radhakrishna Dumre, Syangja, May 19: Results of the local poll of all the 11 local levels in the Syangja district have been made public.

With more rural municipalities in the UML fold, the main opposition party seems to be in the hold of the rural areas in Syangja.

On the contrary, with more municipalities in the NC fold, the main ruling party seems to be in the hold of the urban areas in the district.

Back in the 2017 local poll, UML had won in 7 local levels -2 municipalities and 5 rural municipalities, and where it won, it had won with a wide margin. But now, the margin has narrowed and the number of local levels it has won has also decreased by 1.

Putali Bazar Municipality was in the grip of the UML for the last 24 years since the first local poll held in 1998 after the restoration of democracy in 1990.

But, this time, NC has snatched this vital municipality into its fold through the poll.

UML was victorious in Galyang municipality in 2017, but this time NC has grabbed it through the poll.