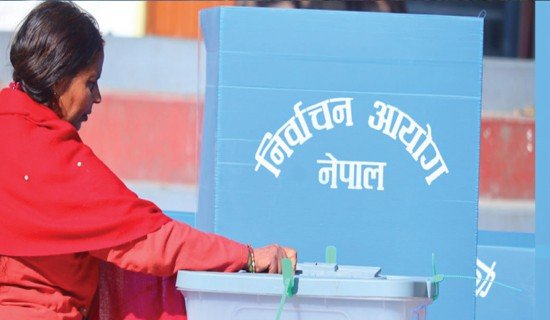 By Our Correspondent Dhangadhi, May 10: The major political parties have fielded only 35 women candidates (around five per cent of the total) despite the demand for 50 per cent participation of women in 734 wards of the Sudurpaschim Province for the upcoming local level election.

Kailali, which has the highest number of wards with 123 in the province, has only three women candidates for the ward chairmanship. One each from CPN-UML and CPN (Unified Socialist) and three from CPN (Maoist Centre) have been nominated.

Likewise, 10 women are competing for ward chairmanship in 92 wards of Kanchanpur. Six of them from NC, two each from CPN (Unified Socialist) and CPN-UML have been nominated.

Likewise, five women have been nominated for the post of ward chairperson in Baitadi with 84 wards – two each from CPN-UML and CPN (Maoist Centre) and one from NC.

Out of 65 wards in Doti, only one woman from NC is contesting poll for ward chairmanship. Five women have fielded their candidacy for the post of ward chairperson in Dadheldhura with 52 wards – three from the CPN (Maoist Centre) and two from CPN-UML.