Making up for lost time: World Cup matches run longer than ever 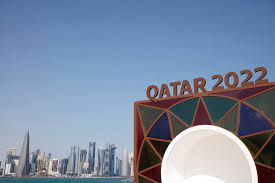 DOHA, Nov 22: Matches at the World Cup in Qatar are running longer than at any other tournament after referees were told to account for time-wasting and delays more punctiliously.

The four halves of World Cup matches with the most stoppage time since records began in 1966, were all on Monday - the second day of the tournament - including an extension of 13 minutes and eight seconds to the second half of England's 6-2 demolition of Iran.

The first half had even more time added on - 14 minutes and eight seconds - but much of that was caused by a head injury to Iranian goalkeeper Alireza Beiranvand, who was treated twice before being substituted.

The second halves of the United States match against Wales and the Netherlands' encounter with Senegal both had more than 10 minutes of added time, normally a rarity in football.

He said the move was "nothing new" and it was common at the World Cup in Russia in 2018 for seven, eight or nine minutes to be added to the minimum 90.