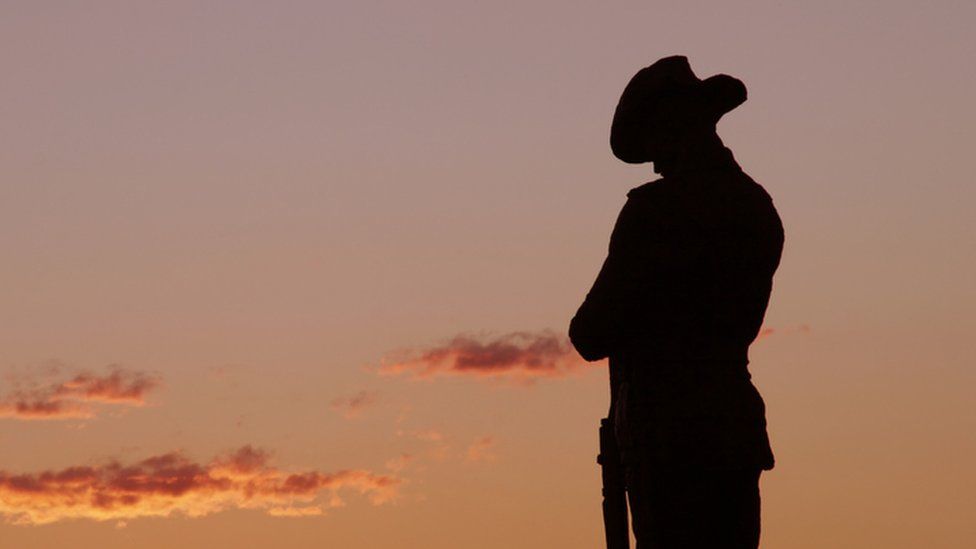 GETTY IMAGES, The Australian government announced a royal commission in 2020

By Tiffanie Turnbull, Sydney, Aug. 11: The high rate of suicide by current and former Australian Defence Force members has been described as "a national tragedy", after a landmark report.

It found servicemen and women are struggling with bureaucracy and a lack of support after being discharged.

The government has apologised and promised to urgently respond to the report's recommendations.

"It's devastating that Australia has lost more serving and former serving personnel to suicide than it has lost through operations over the last 20 years in Afghanistan and Iraq," Veterans Minister Matt Keogh said.

There have been more than 1,200 deaths by suicide among current and former Australian Defence Force (ADF) members since 2001.

Studies have found veterans are far more likely to take their lives than the general population.

Key factors include dealing with physical and mental injuries from service, transitioning to civilian life, and interacting with understaffed and often adversarial veteran support services, the Royal Commission into Defence and Veteran Suicide found.

Senator Jacqui Lambie was among those who shared their experiences with the inquiry in private and public hearings across the country.

She told how she had written her son's farewell letters and tried to end her life after she was injured in the army and locked into a compensation battle with the government.

"I found it difficult to be able to give a reason… to continue to live, even for the sake of my sons," she said.

Another ex-soldier told the inquiry how his life unravelled after returning from Afghanistan unable to cope with what he had seen.

In their interim report released on Thursday, the commissioners expressed concerns about "cultural issues" within the defence force and government inaction to address the high suicide rate.

They said "lives and livelihoods depend" on clearing a huge backlog of compensation and rehabilitation claims.

Minister Keogh apologised and promised the government - elected in May - would address the recommendations "as a priority". It had already hired an additional 500 staff, he said.

The royal commission will hold further hearings before handing down a full report in June 2024.