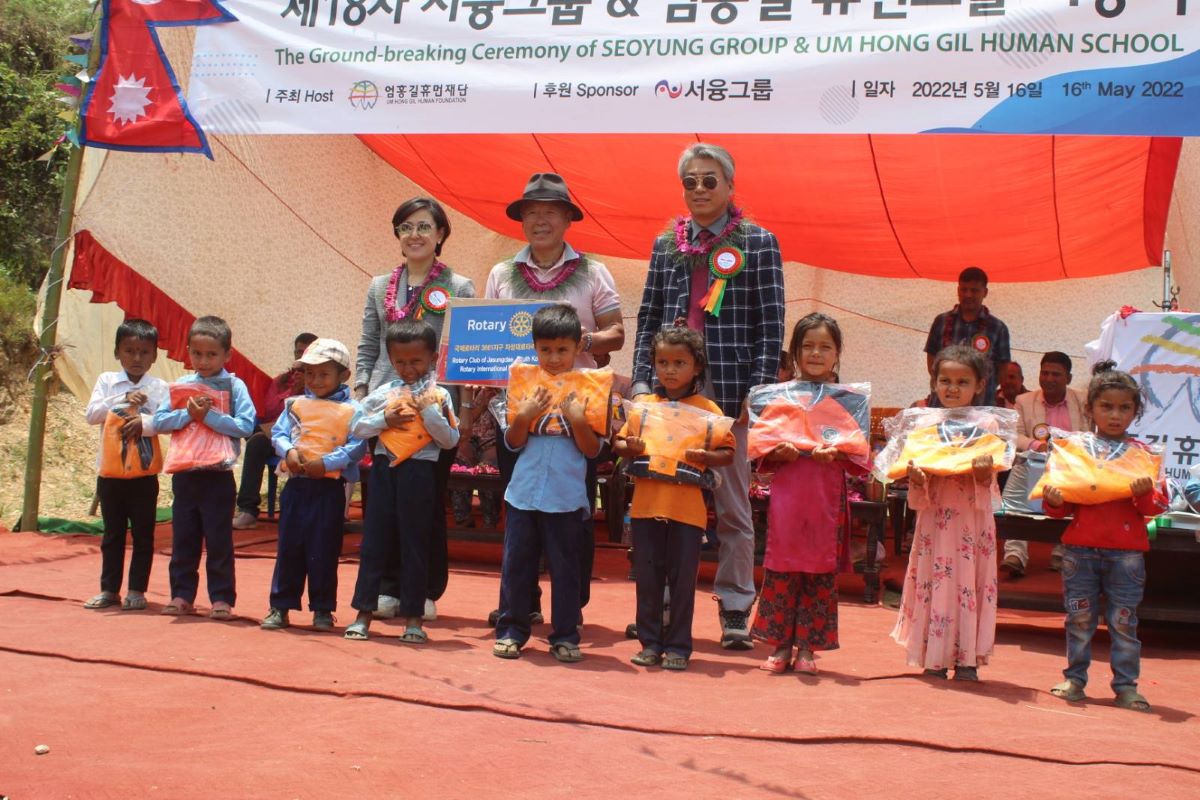 By A Staff Reporter, Kathmandu, May 19: Nepal Rastriya High School located at Dullu Municipality-7 in Dailekh is going to have a new building with 18 well-equipped classrooms and other modern facilities in the next two years.

Such a modern infrastructure is being built with support from Korean donors. Um Hong Gil Human Foundation (UHGHF), a Soul-based international non-governmental organisation (INGO), has been contributing to the education sector by building schools in different parts of Nepal since 2009.

Founded at the initiative of renowned Korean alpinist and philanthropist Captain Um Hong Gil, the UHGHF has so far built 16 child-friendly and earthquake-resistant community schools having all the modern amenities in 13 various districts of the country.

Nepal Rastriya High School is the 18th school being built by the INGO, according to a press release issued by UHGHF. 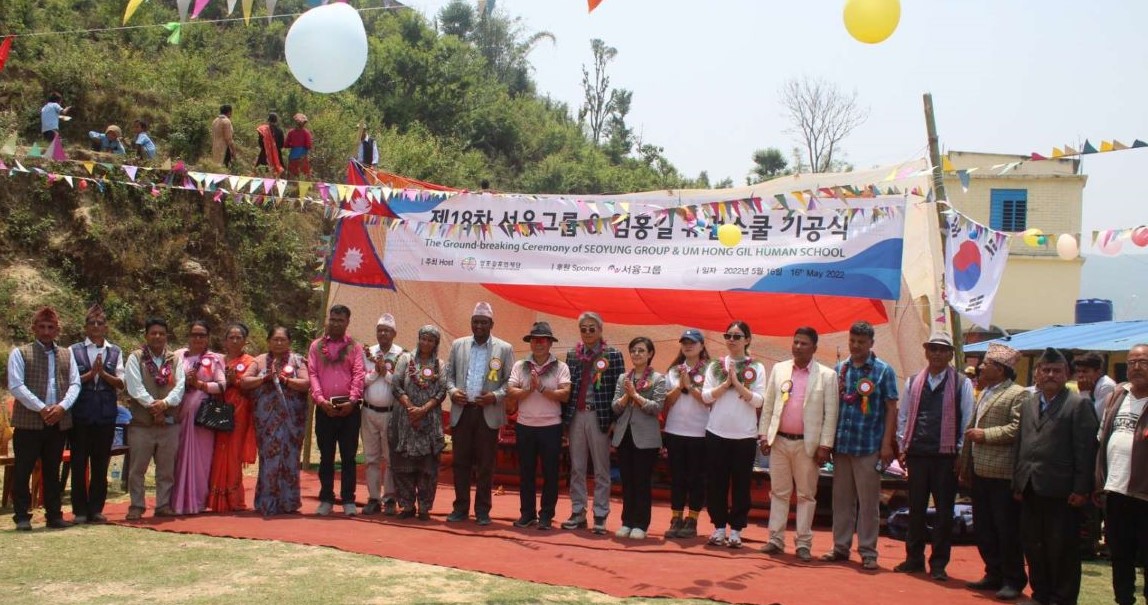 A ground-breaking ceremony for the school infrastructure was organised recently with the presence of Captain Um, Member of the National Assembly of the Republic of Korea Seunghee, Chairman of Seyong Group Chung Chungbok, local government representatives, and teachers, students and social workers.

Addressing the function, Captain Um hoped that the new school infrastructure would be helpful for the school to upgrade the quality of education.

He also called on the students to remain focused on learning so as to become capable citizens.

In recognition of his immense contribution to the nation’s education sector, the Government of Nepal has already granted honorary Nepali citizenship to Um.

Chairman of the school management committee Dinesh Kumar Hamal and headmaster Bhupal Bikram Shah thanked UHGHF for providing support to their school. They also expressed their gratitude to the Korean donors for their great support.

Established about seven decades ago, the school has been providing quality education to students. About 680 students are studying in this school.