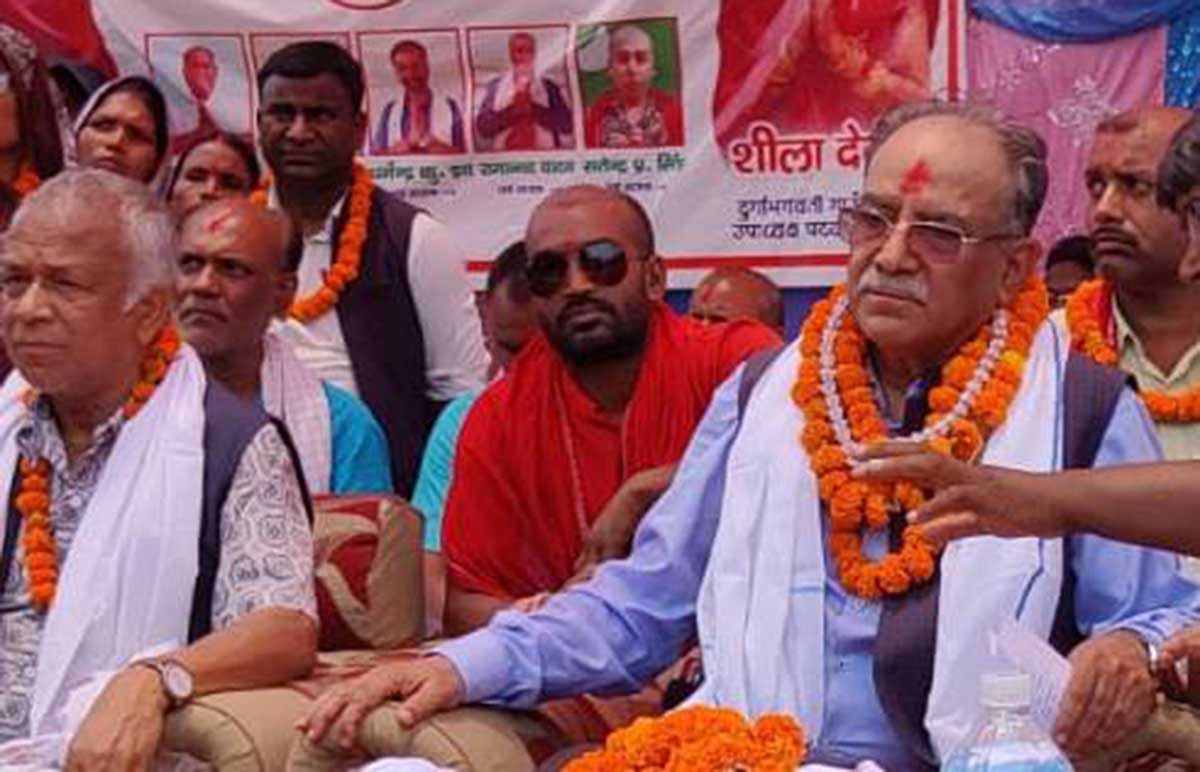 By Sanjay Kumar Mishra, Gaur, May 10: Chairman of the CPN (Maoist Center) Pushpa Kamal Dahal 'Prachanda' has urged the vote for the progressive forces and defeat the regressive forces through the election.

He termed the forces that dissolved the House twice and also tried to overturn the federal democratic republic as regressive forces and appealed to voters to vote for the progressive forces which stood against the dissolution of the House and formed the ruling alliance.

He assured the people that the present government would solve any remaining problems related to citizenship in Madhesh. He also said the Maoist Center was active to solve the problem after the reinstatement of the House of Representatives (HoR).

He appealed to the people to vote for the candidates of the Maoist Center at the local level election slated for May 13 so as to consolidate Singha Durbar (seat of executive power) in villages.