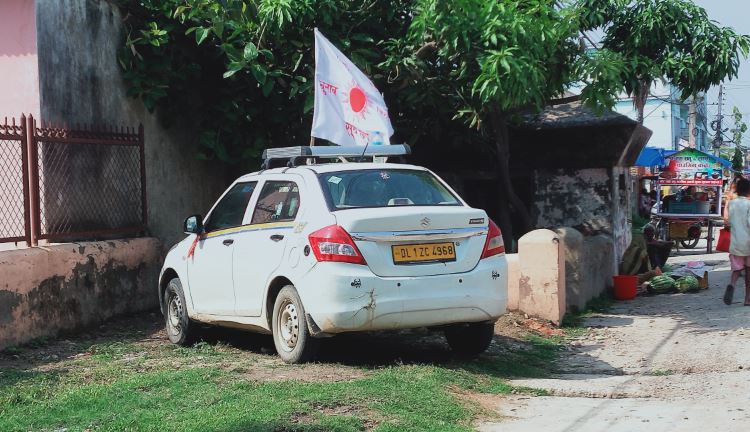 By Santosh Subedi Siraha, May 6: Siraha Police has started taking under control Indian four-wheeler light vehicles being used for the publicity of local elections.

After the candidates of political parties started using Indian vehicles for campaigning, the District Administration Office (DAO), Siraha, issued a public notice on May 2 prohibiting the use of foreign vehicles for electioneering. However, despite the notice, the major parties are found not complying with it.

“For the first time, the flag of the political party has been lowered. This process is only for one or two days,” said Subhash Budathoki, the spokesperson for the office. Even after the warning, if anyone is found using Indian vehicles, action will be taken according to the election law, he informed.