Kathmandu, Oct. 24: The state of research, knowledge production and dissemination in Nepal’s Higher Education Institutes (HEIs) is mixed and the state of compliance with research ethics and norms is not encouraging enough, concluded a recent study published by the Policy Research Institute (PRI).

And, some HEIs have been responsible for indirectly promoting academic misconduct. There is an inter-university connection in plagiarism, falsification and data fabrication in Master’s level theses.

There are also the instances of trading of theses around university premises.

Worse, political influence is the main barrier to the promotion of integrity in academic activities including research.

According to it, not only does it affect the functions of the faculty and daily administration, but it also weakens the morale of the leadership and debilitates it to the extent that it is rendered ineffective even to implement available instruments.

“HEIs are a part of the broad socio-political ecosystem and cannot remain untouched by the happenings around them,” said one expert participant of the study suggesting that conflict of interest and other dishonest practices perceived or reported in HEIs are the reflection of the ecosystem.

Likewise, research and publication practices are not encouraging. Many scholars do not appear to be aware – or worried – about predatory publishing.

Meanwhile, research regulatory mechanisms – such as protocols, rules and regulations – of most HEIs are scattered and do not necessarily conform to internationally established frameworks, even more so those dealing with academic integrity. The study found that many HEIs don’t have such rules and guidelines.

According to the study, the dead

line for thesis completion, the fear of failure, financial stress and the lack of proper supervision are the major factors that put ‘pressure’ on students to complete the research project anyway paying no heed to other concerns and values.

Similarly, perceived opportunities, such as the chances of not getting noticed or tracked for dishonest academic behaviours, the absence of the culture of peer reporting and the institutional history and experience of laxity in dealing with similar acts encourage students and faculties alike to engage in unethical acts.

“The inability or reluctance of university authorities to trace and address such serious issues as plagiarism, stealing and the manipulation of the testing and scoring system creates a psychological state in which students and faculties rationalize dishonest academic practices and let them go as a routine act,” read the report.

It portrays a dismal situation at the academia that the issues and instances of academic misconduct largely remain unreported and unexposed. Weak legal provisions, lax implementation of existing procedures and the lack of a peer-reporting environment engender such unethical practices as plagiarism, data fabrication and manipulation and disingenuous co-authorship to continue, the study concluded.

Even though some cases of misconduct were reported, some institutions exhibited lack of courage of motivation to investigate the cases and hold the responsible to account. While some allegations were investigated and responded to, the response was not enough to deter such practices.

The study confirmed that informed knowledge of research ethics correlates with integrity and honesty. It maintained that there should be regular interactions and sharing of good practices among the students and scholars, but there is no enabling environment in the HEIs in Nepal to promote it.

The study said that the cure to such malaise is to hold the supervisors – the focal persons responsible for helping students in the design, administration and producing ethically sound products – accountable. But it could happen only when institutional leadership is academically committed and is able to take bold administrative decisions when required. For example, an internal investigation of the Tribhuvan University (TU) suggested, such leadership is wanting.

Unlike the TU, Kathmandu University (KU) has a distinct policy governing ethical issues, including conflict of interest, the study found. The TU’s policy of restricting a student from writing a thesis for a year in case of ‘plagiarism’ mean nothing towards checking untoward practices and contributing to integrity, read the report. Likewise, the provisions governing tenure termination in the TU autonomy regulation do not include academic misconduct as an issue

However, according to the report, some HEIs, such as KU, and faculties, such as the TU’s Faculty of Management, do also have their institution-wide or faculty-wide rules and guidelines.  The study has used policy dialogues with 100 scholars including vice-chancellors, deans, heads of departments of universities and research scholars, and with 60 representatives of as many organisations participated in the dialogue from the non-government sector research institutions. It also conducted a field survey that included 234 experts from in and out of the country.

The PRI is a government think-tank, and is mandated to undertake policy research in a wide range of sectors including economic development, security, national interests, international relations, governance, environment and social justice. 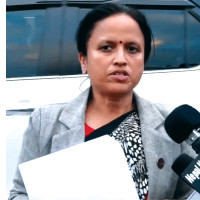 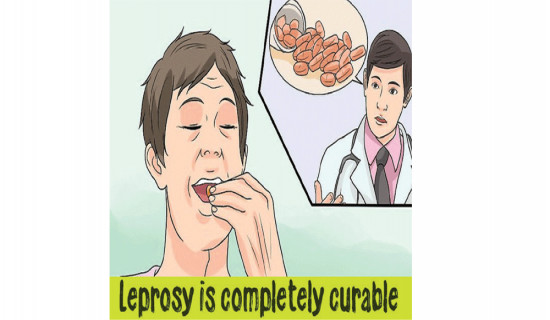 Is leprosy making a comeback in Nepal? Nepal should take decision to safeguard its interest, US Under-Secretary says