President Bidya Devi Bhandari's refusal to authenticate the bill that sought to amend the Citizenship Act, 2006 has opened floodgates of debate about whether our constitution allows the titular head of state to act in ways that the country's constitution does not allow.

A section of lawmakers, the media, and ordinary people condemned her for acting as if she had executive power. Some even called her out for taking a side with her former political party — the CPN-UML, the party that opposed the current citizenship bill. The ruling parties — Nepali Congress, the CPN (Maoist Centre), the CPN (Unified Socialist), the Janata Samajbadi Party and the pro-Madhesh party, the Loktantrik Samajbadi Party, had favoured the endorsement of the bill, while the UML was seen supporting the President’s rejection of the bill.

The citizenship bill, passed by both chambers of parliament, would have become a law had the president affixed her seal to the bill. After her rejection, it has now become null and void. As expected, the Supreme Court, responding to various writ petitions, slammed the Office of the President with a show-cause notice after the President spurned the bill amid a lot of hue and cry from the ruling coalition partners and constitutional experts. Some experts are of the opinion that the Supreme Court’s Constitutional Bench can issue a mandamus to the President ordering her to verify the bill.

Citing the constitutional provision provided in Article 113(3), the President had earlier returned the bill to the House of Representatives for a review after sitting on it for 15 days. Speaker Agni Sapkota sent the bill to her office on July 31 for verification after the lower and upper houses endorsed it. As per the constitution, she can only refer the bill back to the House of Representatives for a review, which she did. After the two houses passed the bill, despite not modifying anything, she had no other option but to sign it. Rejecting to verify the bill is a violation of the constitution.

In snubbing the much-talked about bill, the President took ‘advantage’ of what constitutional scholars deemed a "grey area" in the constitution. They contend that the designers of the federal democratic charter didn’t incorporate provisions regarding what would happen if and when the titular President declined to offer her seal of approval after both Houses of parliament backed the bill. The functions, responsibilities, and authority of the President are set forth in our constitution's Article 66(2). It states: "With the exception of those tasks that are specifically stated in this constitution as being performed on the recommendation of any person or official, the President must carry out all other functions that are required of him or her in the exercise of the powers or duties with the approval of the Council of Ministers. The prime minister will submit such a recommendation for consent. "

As the President is regarded the custodian of the constitution, she is not permitted to use executive power, as per the federal republic of democratic constitution, which was prepared by the Constituent Assembly taking eight years and implemented in 2015. While parliament is a sovereign body with elected legislators, the Council of Ministers, which is presided over by the Prime Minister, has full authority to exercise executive power. Therefore, the President has no authority to reject any legislation that the legislature approves. Legal experts argued that the President lacks authority to overturn the government's and Parliament's decisions.

In refusing to sign on the citizenship bill, she attempted to exercise an executive right that she does not possess. Her rejection of the bill has also blurred the principle of powers of separation as mentioned in our statute. President Bhandari, before rejecting the measure, had also engaged in consultations with different experts and stakeholders, which many constitutional scholars and observers believed was an act of breaching her jurisdiction as a ceremonial president. After criticism against her grew, the Office of the President declared that her move was in compliance with the constitution.

Later, she also wrote a letter to the Prime Minister’s Office in which she blasted the PMO for failing to respect the constitution by duly calling on her and apprising her of all government activities. President Bhandari, a former deputy chair of the UML and who is seen as a close confidant of UML chair KP Sharma Oli, is often berated for siding with her previous party. She has often failed to maintain the neutrality of her office. It is no surprise that Oli later defended the President’s move and rapped the ruling parties for flexing muscle against the constitutional head of state ‘who acted in favour of protecting nationalism.’

Earlier, when the Oli-led government advocated the dissolution of the House of Representatives twice, she hurriedly approved dissolutions. When Oli sent the Citizenship Bill in form of ordinance for her approval, she instantly provided her consent to it. Interestingly, the wording of the Oli-recommended bill and the coalition government-approved bill are essentially identical, as both lacked the much-debated provision granting citizenship to foreigners who marry Nepali nationals. Both pieces of legislation did not include the seven-year cooling period for foreigners marrying Nepali nationals to gain Nepali citizenship. It reveals that the President is definitely taking a position instead of engaging in her ceremonial function and maintaining impartiality, which is an unconstitutional move on her part.

Constitutional experts argue that any head of state might be impeached if he or she fails to execute his or her constitutional duties or fails to perform his or her obligations as stipulated in the constitution. In the instance of President Bhandari, she could not be impeached as the tenure of the House of Representatives has already come to an end. Following the completion of the November 20 general elections, the tenure of the current President also expires, providing her with a somewhat trouble-free exit.

Nonetheless, as the issue takes different twists and turns in Nepali politics, it is high time that the parliament made necessary amendments so that the constitution will be without the above-mentioned "grey area," which would stop any ceremonial head of state from taking advantage of it on any pretext.

(The author is Managing Editor of this daily.) 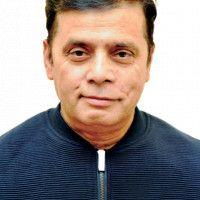 Narayan Upadhyaya
How did you feel after reading this news? 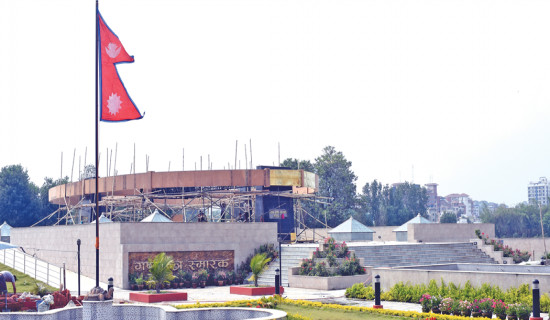 Despite Challenges, Gorkhapatra Marches Ahead