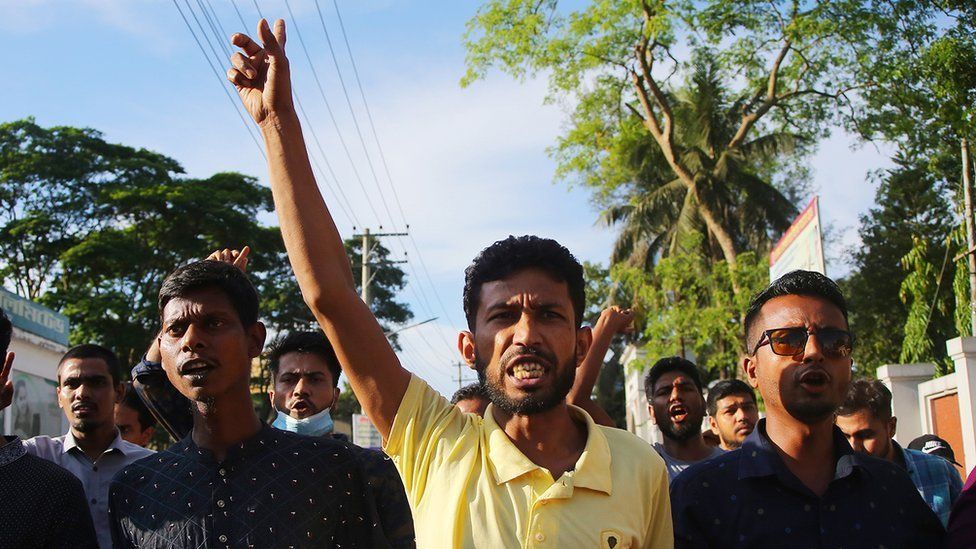 By Rajini Vaidyanathan, Delhi, Aug. 14: Bangladesh, one of the world's fastest-growing economies, has raised fuel prices by more than 50% in just a week. It blames rising oil prices in the wake of the war in Ukraine. Thousands of people have taken to the streets in protest, as another South Asian nation faces a growing financial crisis.

As he queues up to get petrol for the truck that he uses to transport vegetables, Mohammad Nurul Islam says he's scared that he may soon have to resort to begging.

Diesel and kerosene have also risen by 42.5%.

The steep increases have left Mohammed, who has been working for a transport company for the last nine years, struggling to pay for the basics.

The 35-year-old, who lives in the northern city of Dinajpur, takes fresh produce from his hometown to the capital, Dhaka.

He has two young children and his parents to support but says his bosses can't afford to pay him his full salary now the fuel price hike has come in. 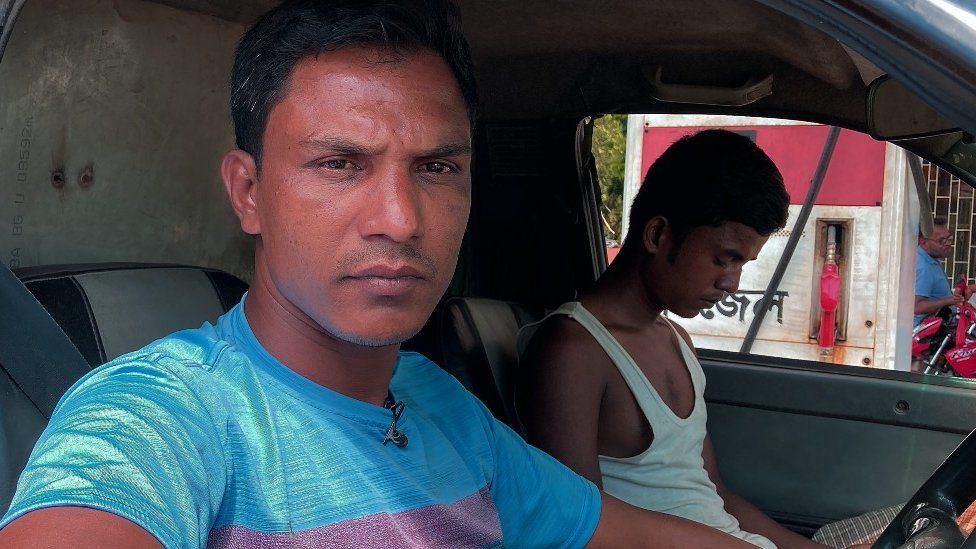 Mohammed Nurul Islam is supporting his children and parents

"When I go to the market, I can't buy enough food for my family. If the price of fuel keeps increasing like this, I can't look after my parents or send my children to school.

"If I lose my job, I might have to start begging in the street," he says.

Countless others in the nation of more than 168 million people are facing a similar predicament.

Like many other countries, Bangladesh has been at the sharp end of the global rise in oil prices in the wake of Russia's invasion of Ukraine.

"We know the price increase is big, but what can we do if the cost of the fuel increases in foreign countries?" the country's energy minister, Nasrul Hamid, told BBC Bangla.

Denying accusations of economic mismanagement by the government, Mr Hamid said his administration had already given out subsidies to avoid rises in the past, but the hikes were now unavoidable.

"If the global prices come down by a certain point, we will try to make some adjustments," he added.

After news of the rise was announced last week, thousands protested at petrol stations across the country in scenes reminiscent of Sri Lanka, calling for the increases to be reversed.

Protests in Bangladesh have been sporadic, but the anger and resentment are growing. 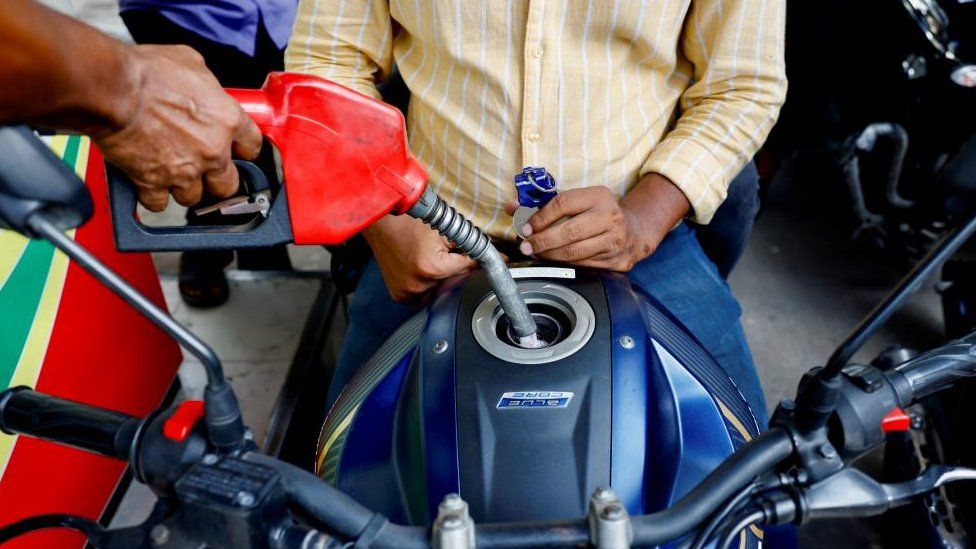 REUTERS, Petrol prices have jumped about 50%

Nasrul Hamid believes his country will avoid the fate of Sri Lanka, even though foreign currency reserves are falling.

In July, Bangladesh - whose economy had been lauded as one of the fastest-growing in the world - became the third South Asian nation to seek a loan from the International Monetary Fund, after Sri Lanka and Pakistan.

But for Mossammad Zakia Sultana, who can barely afford the bus fare to take her sick child for treatment, any help will be too late.

As public transport fares rise because of soaring fuel costs, she's making only the most essential journeys.

She speaks to the BBC on the bus on the way to the hospital, her teenage daughter beside her. She says that recent rises in food prices have already hit her hard.

"Not only has the bus fare increased, the price of everything in the market has also increased, making it difficult for me to run my family expenses," she says.

"It's not just bus fares. Rickshaws and other transport have gone up, so it is getting difficult just to get out of the house."

In more remote areas of Dinajpur, the stories are similar. Sheuli Hazda works in the paddy fields in the rice-producing district of Phulbari. 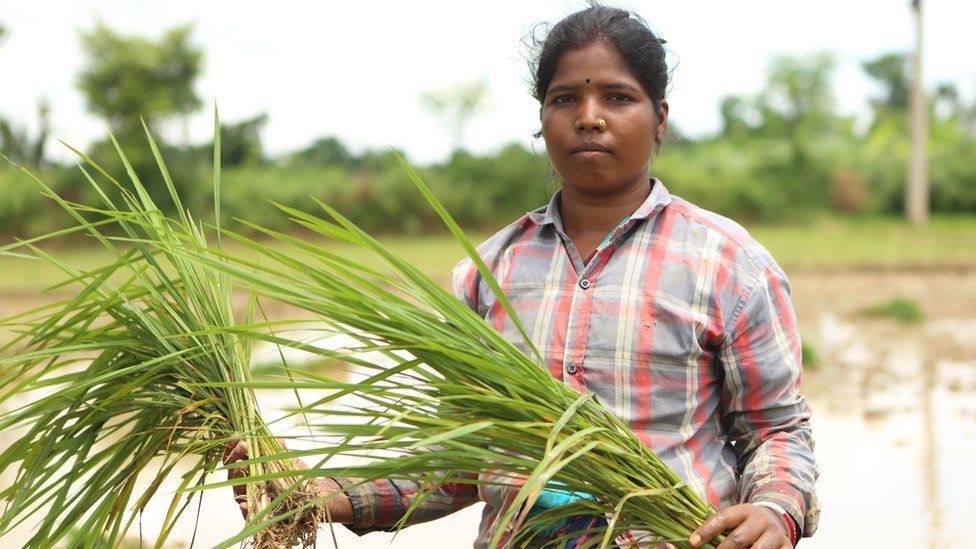 She says she can barely afford to buy the food she farms.

"With the sudden price hike of the fuel, the cost of farming has become very expensive," she says.

"Our salaries barely cover our living costs. Everything is so expensive, we can't buy enough rations to feed our children."

As the cost of living rises in Bangladesh, people like Sheuli say their earnings are becoming worthless.

"If the government doesn't reduce the fuel price soon, we will starve to death."