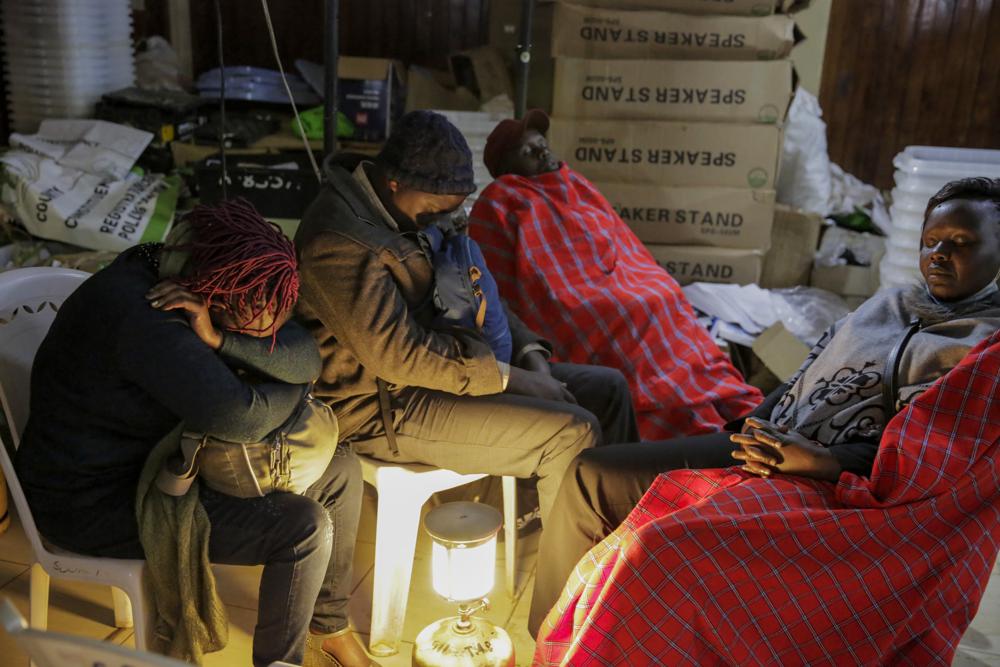 NAIROBI, Kenya, Aug 10 : Kenyans are waiting for the results of a close but calm presidential election in which the turnout was lower than usual.

Tuesday’s election was likely the final try by longtime opposition leader Raila Odinga, who on his fifth attempt was backed by former rival and outgoing President Uhuru Kenyatta. The other top contender is Deputy President William Ruto, who fell out with the president earlier in their decade in power.

Voters have expressed little hope of real change and frustration with rising prices and widespread corruption in East Africa’s economic hub. Both top candidates are long known to Kenyans, Odinga as a democracy campaigner and former political detainee, and Ruto as a wealthy populist who plays up his humble youth as a contrast to the dynasties that produced Odinga and Kenyatta.

The president’s backing of Odinga cut across the usual ethnic lines that have long defined elections and contributed to violence. This time there is no candidate from Kenya’s largest ethnic group, the Kikuyu, though both top candidates chose Kikuyu running mates.

Official election results must be announced within a week of the vote, but there’s some anticipation a winner might be known Wednesday. The electoral commission still must verify results forms coming from across the country. More than 92% of results forms from the over 46,000 polling centers had been sent to the commission Wednesday morning.

A runoff election will be held if no candidate receives more than 50% of the votes.

The commission has said it expected turnout to be above 60%, far lower than the 80% in the previous election in 2017. More than 22 million people were registered to vote, but some told The Associated Press they doubted they would bother, dispirited by economic challenges including high national debt and widespread unemployment.

A relatively uneventful election might be welcome. On the eve of the vote, Kenya’s government reminded people that “this will be a CONTEST, not a FIGHT. A contest must have a winner and a loser. In a fight, life can sometimes be lost.”

Kenyans tend to say elections are calm and troubles come later. More than 1,000 people were killed after the 2007 election results were announced and Odinga alleged massive rigging. In 2017, the high court overturned the election results, a first in Africa, after Odinga alleged irregularities. He boycotted the fresh election and declared himself the “people’s president,” drawing accusations of treason.

A handshake with Kenyatta calmed that crisis, set up their unusual alliance, and angered Ruto, who still accuses the president of the betrayal.

Both Odinga and Ruto have said they will accept the results as long as the vote is free and fair.

Already, reported troubles include the failure of about 200 voting kits out of more than 46,000 across the country. The electoral commission called it “not widespread” and “normal” for technology to break down at times.

Kenyans have a week from the announcement of official results to file any court challenges. The court has two weeks to rule. A fresh election would be held within 60 days.