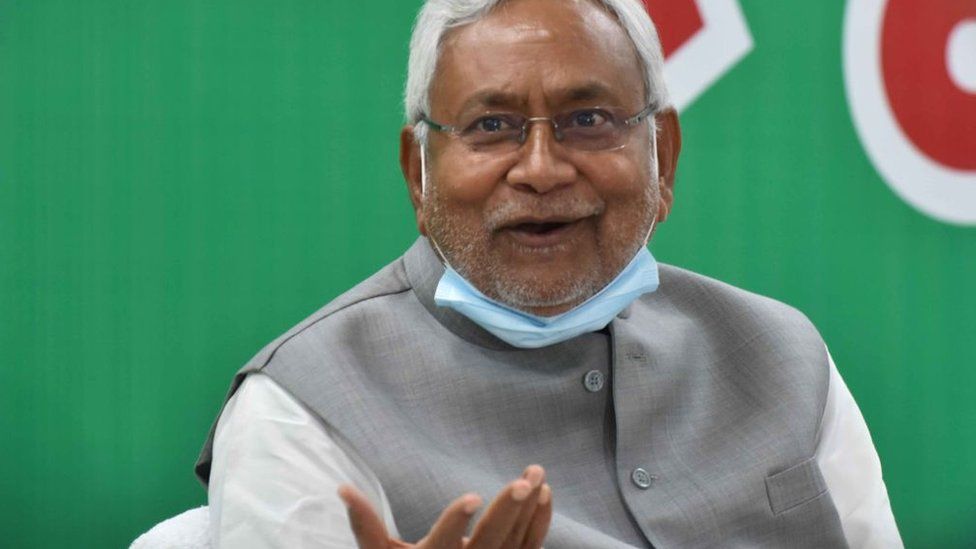 GETTY IMAGES, Nitish Kumar has walked out of political alliances earlier as well

The move was not unexpected as the tension had been brewing within the coalition in the northern state for some days.

Kumar submitted his resignation to the state's governor on Tuesday evening.

Reports say he may now form an alliance with his former ally, the Rashtriya Janata Dal (RJD) party.

Kumar has not confirmed this officially yet.

One of the most influential leaders in the populous and politically crucial state of Bihar, Mr Kumar heads the Janata Dal-United (JDU).

The party is one of the oldest allies of the BJP but has broken partnerships with it earlier as well. The recent souring of relations happened after JDU leaders accused the BJP of trying to split their party

Kumar was a federal minister in the BJP government of PM Atal Bihari Vajpayee between 1999 and 2004. But in 2013, he criticised the BJP's decision to make Modi their prime ministerial candidate and ended the alliance.

He said at the time that Modi didn't have secular credentials and it made him uncomfortable.

He won the Bihar state elections in 2015 and formed a coalition government with his bitter rival, Laloo Prasad Yadav of the RJD.

But he broke the partnership in 2017 and resigned as chief minister, saying he was not comfortable with corruption probes against the leaders of the RJD.

He again took oath the next day after finding a new partner in the BJP, which he had defeated in the bitterly contested 2015 election.

The JDU-BJP alliance won the election in 2020 but didn't survive its full five-year term.