Eight dead in Seoul amid heaviest rain in decades 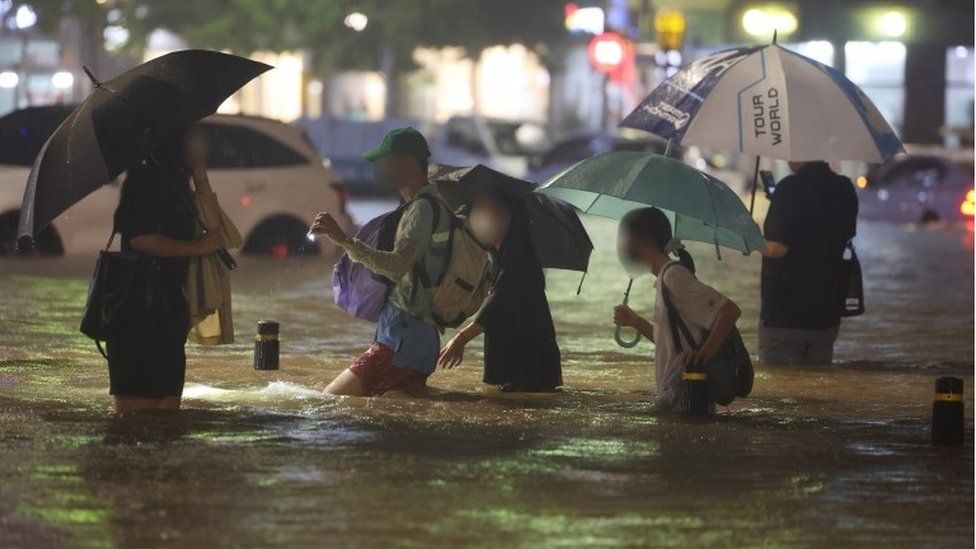 Aug. 9: At least eight people have died and 14 others have been injured as flooding caused by torrential rain hit parts of South Korea's capital Seoul.

Weather officials said the rain was likely to continue over several days.

Images showed floodwater gushing down the steps of metro staircases, parked cars submerged up to their windows and people making their way across streets in knee-high water.

Local reports said three victims were living in a semi-basement apartment known as a banjiha.

Rescue officials said they were unable to access the apartment as floodwaters had risen to waist-high levels on the street. 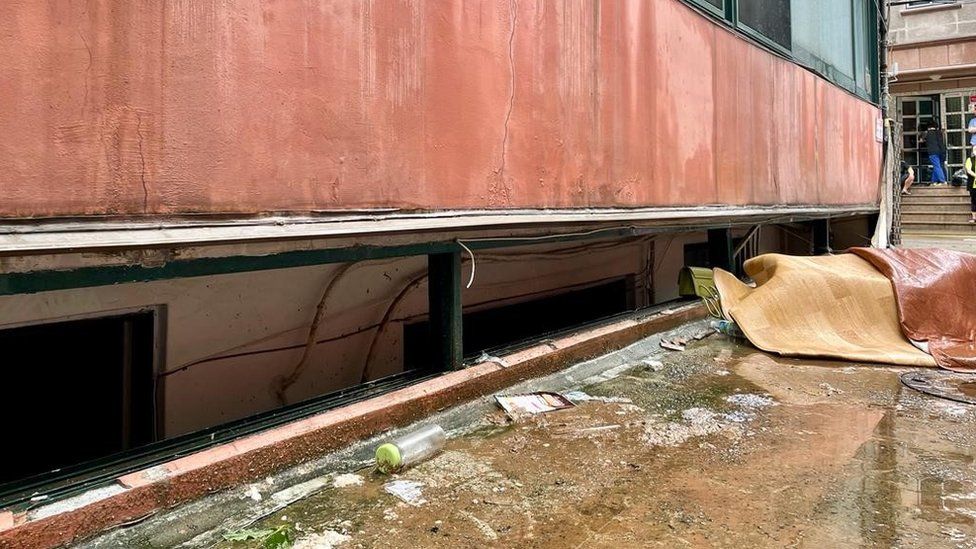 Three people were killed when floodwater submerged their semi-basement flat

They are a reminder that away from the glitzy towers of upmarket Gangnam, where much much of the damage was done, live hundreds of Koreans in these subterranean apartments that are not fit for purpose.

Parts of Seoul, the western port city of Incheon and Gyeonggi province surrounding Seoul charted rainfall of over 10cm per hour on Monday night, according to Yonhap news agency.

Meanwhile, Seoul's Dongjak district recorded more than 141.5 mm of rain per hour - the highest rate since 1942, according to Korea's Meteorological Administration (KMA).

The other victims included a person who was electrocuted, one person was found under the wreckage of a bus stop and another died in a landslide. At least 14 were injured and six others were reported missing. 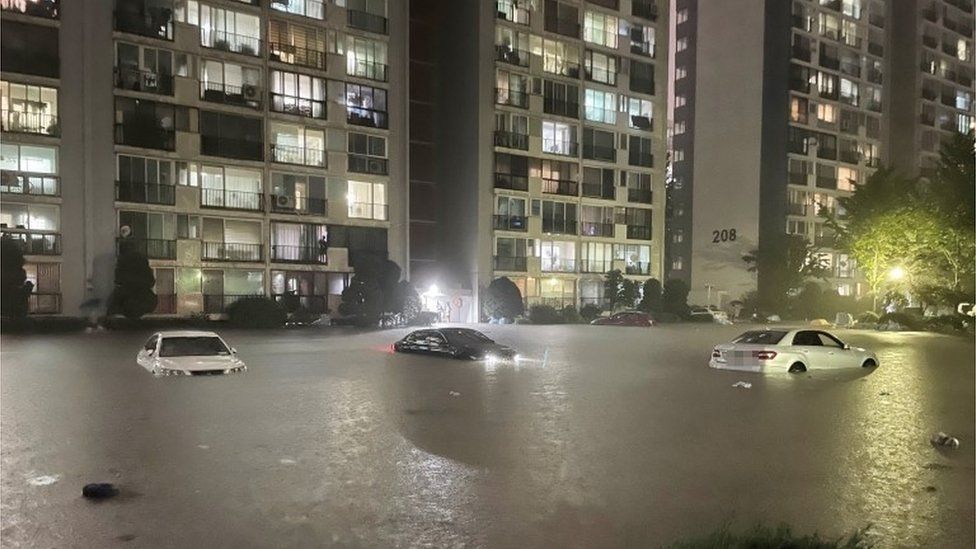 At least 163 people in Seoul have been made homeless and have taken shelter in schools and public facilities, according to Yonhap.

The downpour also affected public transportation, as flooded railroads forced the suspension of railway services in Seoul and Incheon.

The KMA continued to issue heavy rain warnings across Seoul and surrounding metropolitan areas, and said it expected rainfall for the central part of the country to continue at least until Wednesday.