Politics being the master of all policies is an intriguing subject. Almost all the people get engaged in politics in one way or another. Even those who pretend that they have no interest in politics at all are tempted to pass judgment on political events such as movements, protest rallies, conventions of political parties and elections. Cynics and nihilists often dismiss politics as the dirty game but in doing so too they become a part of political debate though their tenor and tendencies are utterly negative.

The periodic election is perhaps the best moment to learn about the contour of politics and colour of politicians. It brings forth good and bad of parties, their apparatchiks and candidates. In Nepal, election is a major quinquennial event in which the voters send fresh representatives to the public offices. Now political excitement has reached fever pitch, with the local polls, slated for May 13, approaching fast. The elections are being held for the second time after the nation adopted federal system through the new constitution in 2015.

Ahead of nomination of candidates, we saw unpredictable and weird scenario. Leaders at the local level indulged in political one-upmanship to secure tickets for the post of local bodies. Unlike the past local elections, the upcoming one has generated oodles of ruckus and sentiments because of financial clout and powers granted to the local government. For example, the Kathmandu Metropolitan City allocated Rs 18.9 billion for the fiscal year 2021/2022, which is bigger than combined outlay of a couple of federal ministries. The local units exercise legislative, executive and judicial rights unlike the centre and provinces. They also formulate and implement policy, laws and programmes on their own.

The five-year experiment of local government shows that many top local elected officials have reportedly amassed property disproportionately, making the lawmakers from provinces and federal parliament jealous of the former. Various media outlets report that the relatives and cronies of mayors in urban municipalities and chairpersons in rural municipalities are awarded, with the elected officials getting involved in rent-seeking activities which have bled the taxpayers’ money. This is a dangerous anomaly that threatens the sustainability of federal system considered to fix the uneven distribution of resources and structural problems of centralised governance.

It is as clear as day that the potential candidates want to use (abuse) the immense resources and means available at the local bodies, thereby securing their political future. This is a reason why the incumbent mayors and chairpersons want to contest the polls to retain their office. When they sensed that they are not getting ticket for the second time, they quickly deserted their own parties and joined the rival ones on the condition that they would be awarded election tickets. Those who had become ministers in federal parliament and lawmakers in provinces are now vying for the mayoral position.

The tendency of ayaram-gayaram (quitting one’s own party and joining the rival one) has eroded the basic values of politics, ideology and ethics. Now Nepali political parties have become catch-all and brought any cadres and leaders from opposition camp into their fold. This has made the mockery of high-sounding party ideals, blurring the ideological differences among the parties.

The deviation has crept into life of the parties, giving rise to opportunism, anarchy and breakdown of committee system. The rebels from parties have registered their candidacy at the Election Commission (EC), defying the decision and instruction of central committee. Of course, there may be some sort of misunderstanding in the selection of appropriate candidates but the open challenge to central decision exposes height of indiscipline of anarchist cadres setting their sights on covetous posts of mayor and chairperson.

The current five-party ruling alliance is desperately dealing with their dissident leaders who have filed nomination against its official candidates and vowed to fight polls as independents. The problem is rife particularly with the Nepali Congress that has finally expelled all rebel candidates that disobeyed the party’s instruction to withdraw their candidacy by Friday evening (April 29). The NC rebel candidates in Bharatpur Metropolitan City and Pokhara Metropolitan City dug in their heels and refused to pull out of their candidacy despite passionate pleas, instruction and multiple pressures from the centre. The NC’s inability to convince its local leaders implies that it failed to properly communicate with them regarding the goal and mission of the alliance.

The NC rebel candidates have challenged the CPN-Maoist Centre’s candidate in Bharatpur, CPN-Unified Socialist’s contester in Pokhara and Janata Samajbadi Party (JSP)’s candidates in Janakpur and Birgunj but the rebels from these three allies have pulled out their candidacy in most of the places, creating favourable condition for NC’s contesters. The refusal of NC rebels to back Alliance's candidates demonstrates their arrogance, which can dampen even the NC's electoral prospect as well as the Alliance's common cause to defeat regression.

NC rebels in Bharatpur and Pokhara have invoked political values espoused by its founding leader BP Koirala to justify their revolt against the ‘hegemony’ of the centre. But their arguments can hardly reflect the contextual reality. They forget how the Alliance enabled the NC to come to power from the fringe.

The five parties have joined hands to protect inclusive constitution, supremacy of parliament and independent judiciary so as to check the authoritarian tendency of previous dispensation. And late BP Koirala too fought against autocratic system throughout his life to restore parliamentary democracy. This is a point that the NC rebels missed to grasp. 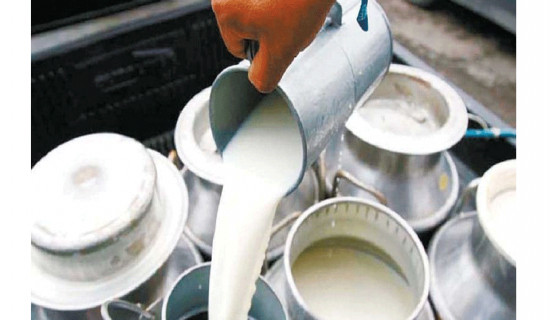 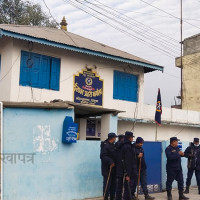 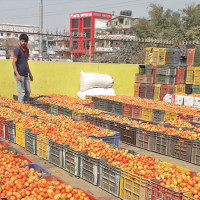 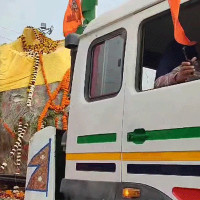