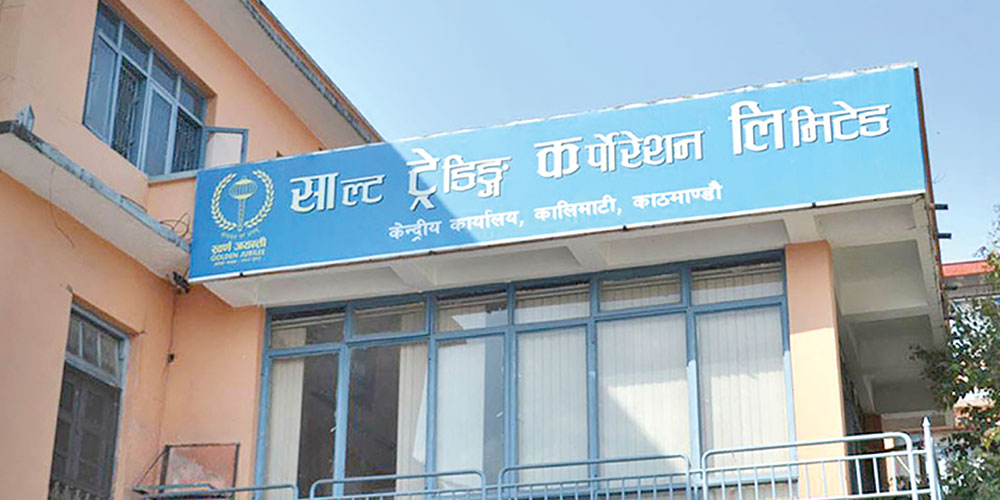 Kathmandu, Sept. 29: As per the government's plans to sell goats at a discount during the festival, Food Management and Trading Company (FMTC) started selling goats and mountain goats from Wednesday morning.

Consumers can now purchase goats from Thapathali depot of FMTC.

“We have started to sell goats and mountain goats (chyangra) from Wednesday after the goats arrived in Kathmandu on Tuesday evening,” said Shreemani Raj Khanal, deputy general manager of FMTC.

The company has fixed the price of a live goat at Rs. 680 per kg and chyangra at Rs. 1,260 per kg this year. However, Rs. 10 per kg discount has been provided as per the government’s decision.

The state-owned enterprise has been selling goats with discount in Kathmandu Valley for the last couple of years to control artificial price hikes of goats in the market.

During Dashain, the consumption of meat is high in Kathmandu Valley, so the company has been selling goats during Dashain, so that the private sector does not cheat the consumers by imposing arbitrary prices in the market.

About 591 goats arrived in Kathmandu by Wednesday evening and remaining will come gradually till Friday, Khanal said.

The FMCT has planned to sell around 1,800 goats, bringing them from Dhading, Makwanpur and Dang.

He said that the company has planned to sell around 500 mountain goats this year being supplied from Darchula. Out of 500, around 211 mountain goats have already arrived in Kathmandu by Wednesday evening.

The price of goats has increased by Rs. 30 per kg this year compared to last year due to increased purchase price, she said. Last year, it sold a kg of live goat at Rs. 640 with a discount of Rs. 10 per kg.

However, the price fixed by the company was comparatively cheaper than the price of goats being sold by the private trader.

Traders are selling goats at Rs. 700 to Rs. 750 per kg in different markets of the Kathmandu Valley.

However, as the pressure of the customers has increased, arrangements have been made to sell additional goats as per the need, she said.

Customers are willingly buying goats, he said, adding that customers come to the company with enthusiasm for purchasing as it is cheaper than in the market.

Above 100 goats and 25 mountain goats have been sold on the first day Wednesday, he informed.

Where does corn come from?

NHRC urges parties to include rights issues in manifestos