A popular saying goes - nations are artificial constructs, their boundaries drawn in the blood of past wars. This adage is applicable to all the nations around the world in general; whereas it specifically applies to the people of China. It is because the brave Chinese people have been fighting for the territorial integrity, restoration of dignity, and prosperity since the very beginning of the establishment of their nation.

It is believed that the rise of a centralised state in China began in the 1st millennium BC. As the states began emerging gradually, they also got indulged in strife and fighting with each other to meet their ambition to be greater and stronger with the help of inhabitants, workers, and peasants. They formed rudimentary army. Amid the constant fighting, the state named Qin emerged powerful. With the adequate sacrifice of the innocent indigenous people, workers and peasants, the Qin state turned powerful among the warring states in the 3rd century BC. As the king of Qin state conquered all of China in the year 221 BC, he proclaimed himself the Qin Shi-huangdi, the first Qin ruler’ of the nation.

The history of China is long and full of upheavals. Thus, the past of this country is full of uprisings and sacrifices for the reformation and improvement in the Chinese society. It is important to present one of such historical event of China. After one and a half century latter of the failure of the Red Brows, Zhang brothers led the Yellow Headbands (the people who support the uprising used to wear yellow headbands) and urged people to wage war to establish a just society with happy people. Though a conspirator disclosed the plan in 184 BCE, and over a thousand supporters of Zhang were murdered, but his other followers continued their uprising.

They captured cities, freed prisoners and slaves, and seized the property of the rich. Terrified with the uprising, the king and slave-owners formed an additional army of sons of the officials’ and army commanders’ to quell the uprising initiated by the three brothers of Zhang. The army of the king attacked the camp of the Yellow Headbands and drove about 50,000 men of Zhang into a swamp and they were drowned, and over 100,000 other insurgents, including women and children, were killed.

Despite the teachings of the greatest philosophers of the world, Confucius, and Lao Tzu, the merciless wars continued in China till the reign came in the hands of Chairman Mao Tse-Tung. He said: "Politics is war without bloodshed, while war is politics with bloodshed."

The present-day strategy of the People’s Republic of China and the PLA, matches with the theory of Mao. China recently released a white paper ‘to expound on the position and policies of the Communist Party of China (CPC) and the Chinese government to achieve national reunification in the new era’, including the envisioning of a new special administrative region. China has given assurances that after the reunification of the part of China will be given full right to enjoy freedom.

This commitment of China provides a sigh of relief to the peace-loving people in the neighbouring countries and around the world. The vow also incorporates civilised trend which matches with the statement made by Benjamin Disraeli, ‘No government can long be secured without a formidable opposition.’ 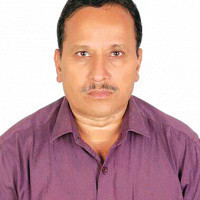 Parmeshwar Devkota
How did you feel after reading this news?

Ending The Irony Of Politics

Death, Be Not Proud

Climate Change Is Not A Hoax