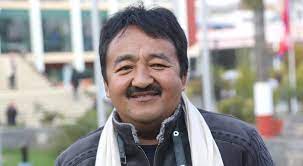 TRN Online
Share:
Wed, 3 August 2022
Biratnagar August 3: Province no 1 Chief Minister Rajendra Kumar Rai has expressed serious concern and worry over the Saptakoshi River starting to flow towards the west and entering human settlement.
Issuing a press note today, Chief Minister Rai said he was concerned that people of Baraha Kshetra municipality in Sunsari and some wards of Udayapur Belaka municipality in the province have been affected as the river started moving westwards.
The Chief Minister has urged the people in the coastal areas along the Saptakoshi River to evacuate to safer places from the unsafe ones. He has directed the local administration, the local levels and people's representatives, security personnel, Red Cross and bodies concerned to take precaution against the damage that the river might cause as it flows westward and to be engaged in rescue and relief efforts.
Expecting the various social organisations would swing into action in the condition of providing immediate relief, Chief Minister Rai said that the Province no 1 government is committed to providing sufficient relief and carrying out rescue.
Chief Minister is suffering from COVID-19 and is currently recuperating.  (RSS) 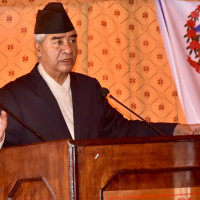