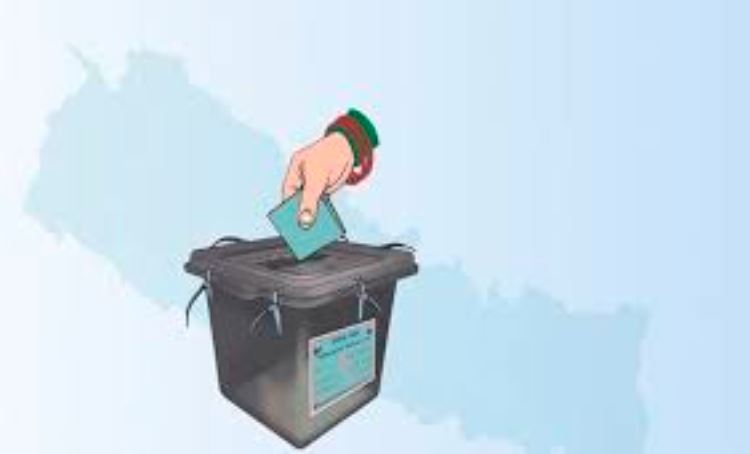 By Sher Bahadur Sarki Bajura, July 4: Many residents of Budhiganga Municipality had left for India as soon as they cast their votes in the Local Level Elections held on May 13. In a bid to reach their working areas in India soon, hundreds had left even before the vote counting began.

However, the local elections were suspended in the municipality after irregularities were recorded in polling centres of different wards.

Following the incident, an all-party meeting on May 23 had decided to conduct  re-elections on July 7. As the date for re-elections is approaching , Budhiganga locals working in India have started returning to participate in the election once again.

“Irregularities in other wards affected the fair election in our ward as well. Since re-election has been called, I came back again because I don’t want to miss the chance to see my desired candidate win,” said Padam Bahadur Nepali, a resident of Ward No. 10 who recently returned from India.

Locals from wards where elections were held fairly informed that they were happy with the re-elections as residents from other wards who were unable to cast their votes properly will now be able to do so.

Locals also informed that several voters of Budhiganga have not been able to cast their votes in previous elections as well.

“We used to reach polling centres with voter cards but it would be snatched and someone else would cast the votes on our behalf,” said Dan Bahadur Nepali, a resident of Ward No. 3.

Deputy Superintendent of Police (DSP) Surya Bahadur Thapa, chief of Bajura District Police Office, informed that a four-tier security has been managed for  re-elections in Budhiganga.

Nepal Police, Nepali Army, Armed Police Force and National Investigation Department will be coordinating to provide strict security in the polling centres across the municipality.

“There will be no repetition of irregularities in the polls across Budhiganga. We will ensure it,” said Prakash Chandra Adhikari, Chief District Officer of Bajura.

There are a total of 13,659 voters in Budhiganga. There are 10 polling centres  and 19 polling stations in the municipality.

“The materials necessary for elections have arrived in the district. Preparations are underway to conduct re-elections safely,” said Nabaraj Awasthi, chief at Bajura’s Election Office.