The second local elections since Nepal became a Federal Republic are scheduled on 13th May 2022. According to the Election Commission (EC) website, there are 8,74,1530 females, 8,99,2010 males and 183 other Nepali citizens above the age of 18 who are eligible to vote during the upcoming elections. Whom will they trust and vote for? The political parties finally registered the lists of their nominated candidates in the eleventh hour of 25th April.

The names of some of the candidates have sparked rage among the voters because of their shady backgrounds. CPN-UML’s fielding of Keshav Sthapit as a Mayoral candidate in Kathmandu Metropolis is seen as a slap on the face of the feminist and rights movement in Nepal. He has been accused of sexual harassment by two prominent women via the #MeToo movement. His reaction against the accusation and the language he used openly is very derogatory against women. Somebody who has been accused under the #MeToo movement as a Mayor could be an indication why gender based violence is still very much prevalent in Nepali societies.

The most prized positions that are eagerly observed by the electorates are the six Metropolitan Cities and the 11 Sub-Metropolitan Cities. In these 17 prized positions, the ruling coalition and the UML have fielded only 5 women for the mayoral position. According to the constitutional provision, the Local Level Election Act-2017 makes it mandatory for each political party while fielding candidates for both the top positions to ensure that one of them is a woman. This provision had made Nepal an exemplary country globally during the last local elections of 2017.

Due to this provision, there are now 33.5 per cent women parliamentarians in the two houses of the Federal Parliament. Nepal is well above the global average of 23.8 per cent women parliamentarians. The average for countries in Asia is 19.8 per cent. In fact, following the last elections, Nepal has the highest percentage of women in the parliament in Asia. According to the IPU 2018 data for women parliamentarians, Nepal is ranked at number 37 out of 193 countries, Afghanistan 55, Pakistan 93, Bangladesh 95, India 147, Bhutan 170, the Maldives 178 and Sri Lanka 180. The last elections also saw dramatic increase in women’s formal representation as elected representatives at both the provincial and local levels

However, this ratio might very well change after the upcoming elections 2022 in Nepal. As the political parties are contesting the elections by forming alliances, there were speculations that they might field men in both the top two positions by dividing the candidates among the alliances. However, many were hoping that this would not be done to keep the spirits of the constitution intact. Unfortunately, this speculation has come true. There are many municipalities all over the country where both the mayoral candidates are only male. Currently there are just seven women mayors and 11 chairpersons all over the country. Majority of Deputy Mayors and Deputy Chairperson are women. However, this may no longer be the reality after the elections of 2022.

In the ruling coalition, where the parties are dividing the positions among themselves, there is a tendency of giving the Mayor and Chairperson positions to the male candidates; also due to the ruling coalition election strategy,  the deputy positions could very well be male too. It will be clearer after the gender disaggregated data is declared by the EC. If a political party is contesting in any one position only they are free not to field a woman. Article 38 (4) of the constitution guarantees proportionate representation of women in all state bodies. Thus, fielding of male candidates in both top positions is contradictory to the spirit of constitution.

There are speculations that the fielding of women candidates by the ruling parties would be decreased in the upcoming elections. Rights activist and lawyer Mohana Ansari had fielded a petition at the Supreme Court against an earlier decision of the EC not to make it mandatory for parties to field a woman when they nominate candidates in only one of the two executive positions of Mayor or Chair and Deputy Mayor and Deputy Chair. On 25th April 2022, based on this petition, the SC has summoned representatives of the Prime Minister’s Office and the EC to discuss whether to issue an interim order in response to a petition demanding proportionate representation of women in local governments. As of writing this article, the SC has not made any decision on it. 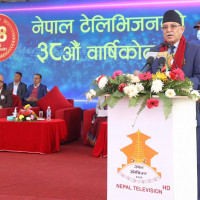 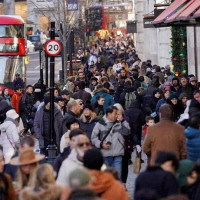 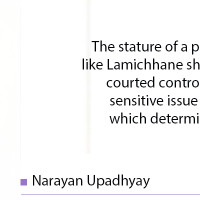