Voting: A Voice Of The Voiceless 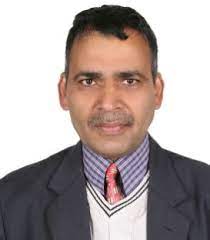 For some of those who did not have to fight for voting rights, or those who are used to making decisions through wrestling of muscles, voting may seem a worthless practice. For the strong and rich ones, universal suffrage may seem a ploy devised to allow ‘the weak ones’ reign over ‘the just ones’, by the merit of number.

Even in modern democratic country the USA, it was after prolonged struggles that black males were allowed voting rights in 1870; all females had to wait until 1919 to cast their votes. Up to now, Saudi women have no voting rights. In some other countries, women are allowed to vote but their turnover is low due to societal pressures and norms.

Split by international or regional boundaries, the universal suffrage still provides a mechanism to allow all adults express their voices peacefully. It helps reach a conclusion acceptable to the majority of the people who have a say on any issue under consideration. A vote is a voice, a countable standard unit voice.

Ballots recognise the voices of both the orators and the voiceless, giving equal footings to all those who are able to cast a vote. Outside the ballots, the sizes of the voices are unequal; they range from mute to thundering. Some are compelled not only to hide inner feelings but they even have to chant slogans exactly the opposite of what they think.

Influential media tell stories the way the sponsors like. Majority of warlords, terrorists, underworlds somehow have many common characteristics, that they believe in muscles and might and arms and fights, that they resort to threats to silence the society at large, that they are linked with the state powers through hidden channels, and that they make legal and illegal quid pro quo deals. Overcoming all these challenges through a fair and free voting is not an easy job. Biased or unbiased, many factors influence the voting process and its outcome. There exist various interest groups who claim themselves as umpires, advocating for free and fair elections.

Some of them indeed try to remain neutral as to who wins, and just wish the voters are allowed to make their independent decisions and vote accordingly. Others feel they need to support the voters by characterising the candidate parties or individuals as good or bad, democratic or authoritarian, leftist or rightist or centrist, progressive or retrograde, offspring of the soil or aggressor, friends or enemies. Some others may go to extremes - they try to block some parties or individuals from filling the candidacy, disturb their election programmes and rallies, treat different contesting parties and individuals differently in terms of privileges given to the candidates, elections symbols, representation in the election monitoring process, security provided and financial assistance from the state coffers.

Media may try to be fair, but their scope is limited. In the news, they cover gatherings, rallies, protests, speeches, fights, strikes, satyagraha against the authorities including hunger strikes, public sentiments, conflicts, wars, government responses, truces, civilian disorders, human rights abuses, poverty, gender disparities, conflicts of interests, peace deals, and many more. Outside the news, editorials, op-eds, documentaries and commentaries, there are many more programmes, which are allegedly sponsored by the ‘haves’. Leave aside sponsor biases, who chooses a poorly synchronised dance over a perfect ballet?

Even the voting process becomes more cumbersome for the weaker ones. While the rich and powerful drive to the election office to get their name registered, the poor and weak have to walk all the way. Some influential ones may even succeed in bypassing the long queues, photographed and registered first. The weaker ones would rejoice if their queue was not challenged. On the election day, many of the influential ones manage to wear badges that identify them as volunteers, election observers or agents of the candidates, and get freer mobility and preferential voting opportunity. Even where online registration and voting are available, the haves are in a better position of utilising such provisions. Such biases are very hard to overcome.

Disadvantaged are disadvantaged. As a person with low voice, do you want to stand for leadership? Constitutionally it is possible; in some cases, even reservations may be available for candidates like you. Then too, it will not be without competition. Filling candidacy itself costs money and human resources. Unless you get a ticket of an established and influential party, you will find it very difficult reaching out to voters with your agendas and election symbol and teaching them to vote in your favour.

You look for alternatives? At the end of all of them, the reign of the state goes to the strong ones, those favoured ones, those equipped with money and muscles. Some have succeeded in ruling their subjects generations after generations, not only as monarchs but also as people’s revolutionary leaders working on behalf of the oppressed. Others, after leading a successful revolution, demonstrate that their democracy means electing, selecting or deputing most members of their bloodline to the most powerful and charming positions of the state. Even some of those, who are forced to abort the uprisings, manage to get personal benefits through bargains. Those honest leaders may become martyrs in the hands of outside or inside enemies!

Not that revolutions, uprisings and new parties be ruled out. They may work for voiceless, not because your voice gets louder, but because the new leaders may be moral ones and because they may intend to establish a system just to all. As the audacity of your voice is concerned, it is through the use of the voting rights that your voice gets counted to its maximum.

(Regmi is a professor at Tribhuvan University and a researcher at Charhar Institute, China)