BFIs getting bigger, but have they got any better?

Kathmandu, Aug. 7: After the introduction of merger and acquisition policy for strengthening financial stability, number of Banks and Financial Institutions (BFIs) involved in this process had reached 245 as of mid-July 2022. Of them, license of 178 BFIs have been revoked, leaving only 67.

To facilitate the merger and acquisition of the BFIs, the Nepal Rastra Bank has introduced a number of regulatory provisions. For the first time, the NRB enacted a merger bylaw in 2011 which was amended further in 2012.

In the meantime, the monetary policy of 2015/16 emerged as a gateway for the banking sector to adopt merger and acquisition as it instructed the A, B and C class financial institutions to raise their paid-up capital by four times. Consequently, the number of BFIs declined thereafter.

The commercial banks should have a capital of Rs. 8 billion, development banks  Rs. 2.50 billion and financial institutions  Rs. 800 million.

The motive behind these measures was to reduce the mushrooming number of BFIs and strengthen their financial condition.

Despite this regulation, merger among the commercial banks could not happen as expected until two years ago. Only a few troubled and weak institutions merged with each other and with stronger banks.

The impact of merger and acquisition was seen only in the B and C class financial institutions.

The then Governor of NRB Dr. Chiranjibi Nepal had taken  initiative and frequently asked the BFIs to look for a partner for merger by giving a certain time frame.

Global IME Bank and Janata Bank merged in December 2019. The merger was considered as a ‘big merger’ in the banking sector. It was expected by many then that a wave of merger among commercial banks would follow. However, that could not happen as it was speculated.

For a few years, the merger process slowed down. Maha Prasad Adhikari came to the leadership of NRB after Dr. Nepal. After the arrival of Adhikari, the

NRB also conducted a study related to the merger of banks and financial institutions in April 2022. The study concluded that it was better to have a minimum of 11 to a maximum of 15 commercial banks in Nepal.

After that study, governor Adhikari also called the directors and CEOs of the banks to the NRB and started exerting pressure on them for merger.

The NRB brought various facilities and discounts to encourage banks and financial institutions to merge. Even after the facility, the banks did not show much interest. Only after fixing a certain time limit for the facilities given by the NRB, the merger process paced up.

The NRB has been continuously incentivising mergers of the BFIs through its annual monetary policies in recent years, said Dr. Gunakar Bhatta, executive director of NRB.

Some of the incentives provided till date are relaxation in regulatory ratios, waiver in cooling period for the members of board of directors and senior officers of the BFIs, relaxation in maintaining cash reserve ratio (CRR) and credit to capital and deposit (CCD) ratio and relaxation in sectoral lending targets, among others.

“To enjoy the facilities provided by the NRB to BFIs, commercial banks have started aggressively merging with each other,” he said.

“With the merger, the cost of banks will be increased initially due to having to relocate the offices. However, the incentives offered by the central bank to those who go for merger have encouraged BFIs to merge with each other,” said chairman of Global IME Bank Chandra Prasad Dhakal.

Needless to say, the merger between half a dozen commercial banks, which could not happen for years, became possible within a month or two. Although there were discussions for a long time in the past, mergers and acquisitions were not finalised between the banks. After setting the limits of the exemption facility, merger agreements were made quickly between many banks, while many others started the merger discussions.

In a short period of time, merger agreements were signed between Nabil and Nepal Bangladesh Bank (whose integrated business has already started), Nepal Investment Bank-Mega Bank, Global IME and Bank of Kathmandu and Himalayan Bank and Civil Bank. Similarly, it has been agreed that Century Commercial Bank Limited will be acquired by Prabhu Bank Limited.

In the meantime, discussions are under way for the merger of Kumari Bank, Sunrise Bank, Machhapuchchhre Bank, Citizens International Bank, NCC Bank, and Siddhartha Bank.

There is a problem for the management of employees after merger, said Dr. Bhatta, adding that the merger policy of the NRB has been effective in increasing the risk-bearing capacity of the BFIs, expanding investment capacity, maintaining healthy competition and enhancing operational efficiency.

After the merger with BoK, the core capital of the Global IME bank will reach Rs. 52 billion. That is a huge capital and it will have a capacity to invest in mega projects alone, he said.

He claimed that although Global IME Bank was run by merging more than 20 institutions, the bank was able to run smoothly without any problems of staff management, board of directors, management and shareholders.

But financial inclusion may be challenging after the merger because small borrowers in rural areas had access to small banks and financial institutions.

“Marginalised and general people who are getting financial services from microfinance and D-class financial institutions would be discouraged to go to the big banks due to their low income level. So, BFIs should be aware of this situation,” bankers said.

According to the survey on Optimal Number of BFIs in Nepal of NRB, the number of commercial banks in Nepal is higher compared to many peer countries defined in terms of the size of the economy, per capita GDP and population.

In addition, the survey results show that the existing number of BFIs in Nepal is higher than needed.

However, no statistical model is so far proven to be effective to determine the optimal number of banks in an economy. A sufficient level of competition in the banking industry implies that further consolidation in Nepal can be done without creating enough room for monopolistic power, said Dr. Bhatta.

“I don’t think the NRB should continue mergers and acquisitions by giving facilities as it is about to drop from over 200 to around 60, excluding microfinances. If the capacity of BFIs needs to be increased, the central bank should do it. Otherwise, it does not have to encourage the institutions to go for merger by offering facilities further, said Bhuvan Dahal, Former President of Nepal Bankers’ Association.

The central bank has given time till mid-January, 2023 for the merger of commercial banks and microfinance through the monetary policy of the fiscal year 2022/23. The central bank has already announced to stop the facilities given to those who will merge after mid-January 2023. Due to this, banks that have entered a merger agreement have also moved forward with their preparations of integrated transactions soon to enjoy the facilities.

Dahal said that since the number of banks and financial institutions has decreased significantly, except microfinance, the NRB should increase its supervisory capacity rather than focusing to reduce the number of BFIs further.

Even if the number of financial institutions is reduced, the service may not be effective. The NRB should also think of that. “In my opinion, there has not been a significant improvement of the institutions that have been merged. The institutions have become bigger. But it is necessary to see if they have become better or not. The objective of the merger and acquisition is to make the institution both bigger and better,” he said.

By Laxman Kafle
How did you feel after reading this news? 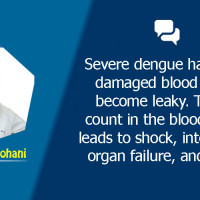