Snow all around and accumulated to become a high mountain. Lack of oxygen level. Difficulty breathing. Some are taking oxygen. Fifty small tents to spend the night in the snow.

Even in such a difficult situation,  a crowd of more than 100 people were present at the 5,364-metre-high Everest base camp. However, they are not climbers. Those who have run marathons at the foot of Mt. Everest have faced difficulties, risks and challenges.

On May 29 this year, many people ran through the snow on the trail. They forgot the pain and suffering and felt thrilled by participating in highest altitude marathon of the world

Among them is Tirtha Bahadur Tamang, 35, of the Nepal Army. He won the title of 17th Mount Everest Marathon by running at the highest place in the world. He completed a distance of 42.19 km in 3 hours, 51 minutes and 9 seconds. Local Rajkumar Rajbhandari finished second in 3 hours 51 minutes 59 seconds. Local Suman Kulung finished the race in 3 hours 53 minutes and 10 seconds and finished third. They have won the opening marathon title.

To launch the marathon, the Jyoti Lumbini Torch (Buddha Flame) of World Peace Island in Lumbini was taken to Everest Base Camp. The marathon started at 7 am on Sunday, showing the Lumbini torch circling the base camp. Brazilian Wilson Carlos, a 73-year-old, started with a torch.

The marathon was held to commemorate the day Edmund Hillary and Tenzing Norgay Sherpa first set foot on Mount Everest on May 29, 1953, 69 years ago.

The Lumbini Torch (Buddha Flame) was initiated to make Lumbini and the Everest region the best tourist destinations in the world by identifying them together. According to Lumbini Development Trust, Olympian Baikuntha Manandhar reached the Everest base camp with Buddha Flame.

"Getting Dargun to the highest place in the world is a foetal experience for everyone," said marathon concept writer Bikram Padeykaji. Runners will run, recognising Everest. Nepal attracts tourists from all over the world. That is why we have tried to promote tourism by organising the Mount Everest Marathon, he said. This is the highest marathon in the world. Therefore, Nepal has become the best destination in the world for sports tourism.

The 42.19 km long marathon of Olympic standards started from the side of Khumbu Ice fall at the foot of the Everest Base Camp. The runners were advancing through about 3 km of snow. Gorakhsep, Luvuche, Thukla, Diboche, Chhakuche were going up and down the hill. Then Dingbuche, Pangboche, Tyangboche, Phungi Taga, Lausasa, Kyangjo and Namche. Runners climbed the steep slopes, the narrow path road, the three sloping bridges, and the steep and steep hills. Some were running for oxygen. The runners were running, blocking the cold air. Some foreign runners were carrying the flag of their country.

Runner Suman Kulung said that there is no limit to the joy of running through the Everest National Park, which is listed on the World Heritage site while enjoying the trail running. Runners rejoiced as they ran the marathon through the art and culture of the Sherpas, visiting the Buddhist monasteries and stupas, and looking at the trees and plants growing in the high mountain environment.

The runners had run from the height of 5,364 metres and completed the run at 3,440 metres. The winner Tirtha Bahadur said, "I am very happy to win the prize by running at the highest place in the world. It is very difficult and risky to complete the race. Let the corona-laden tourism business pick up speed. He ran, wishing for the country's affiliation, he added. The competition was attended by 67 foreign men and 29 women and 48 Nepali men and 11 women.

(Paudel is a photojournalist who writes about birds, biodiversity and wildlife.) 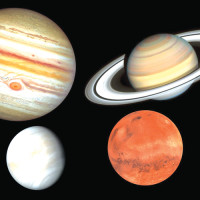 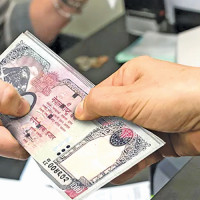 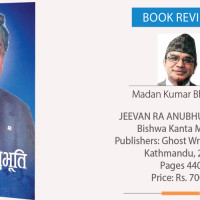 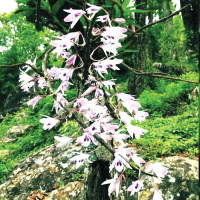